Sports Burst - the Kanye West of news round-ups. But likeable.

Tottenham... one of the few football clubs in the world to have their own verb: "To do a Tottenham" - to position yourself into an excellent position to achieve a goal, and then promptly give up with a big 'meh' and go home early for English tea and cake. But this year, instead of bravely battling for sixth spot in the EPL, Spurs might actually be the front-runners in the race for the Premier League title to defy all pre-season expectations and logic itself. The Bernie to Hillary's Man City, as it were.

And leaves a most interesting conundrum. What to do with the Europa League, with a Thursday-Sunday-Thursday-Sunday schedule being quite the drain, especially with the FA Cup thrown in, for good measure. That mental challenge for Mauricio Pochettino continues today with what could be a mouth-watering clash with Fiorentina, a team not in a dissimilar situation in Italy by holding a third-placed spot in Serie A. That game is live on beIN SPORTS in Canada at 1PM ET, followed by Liverpool taking on Augsburg, in what could be Jurgen Klopp's best, last chance of silverware this season. Make sure you catch all the highlights and best analysis on the planet on The Xtra at 10PM ET.

Yesterday, whilst Zizou was having a fine Champions League debut as a coach - and Cristiano Ronaldo was delivering the goods like a caffeine-high postal worker on bonus - the Frenchman's predecessor was on English TV revealing that he was none to pleased at all about being fired by Real Madrid and that any ills and sleights that the club may ever suffer were at the hands of Florentino Perez, a man who has the same primeval need to fire people as the rest of humanity has for swallowing and going potty.

There may be good news for Karim Benzema, but it's not an invite to a lunchtime trip to Wendy's from Cristiano "friends are for losers" Ronaldo, which is what he truly craved. Instead, the Real Madrid striker may yet play at the European Championships for France. With a blackmail back story that is more complex that anything 'Scandal' could dream up, K-Benz is unable to have any contact with fellow international, Mathieu Valbuena. However, a judge lifted that suspension on Thursday, although the decision could be reversed on appeal, which means that the ruling still stands for the moment. Got that? Good.

We are going to swing over the Med to Italy now, where Juventus are in Serie A action on Friday against Bologna, to give the Scudetto-holders as much rest time as possible for a bust-up against Bayern Munich next week. The hotter-than-the-surface-of-the-sun striker, Paolo Dybala is set to be rested for the game reveals Coach Allegri on Thursday. You can catch that clash on beIN SPORTS on Friday at 2.45PM ET.

And over to France, where there will be one less game in the Ligue Un fixtures, this weekend. Bastia v Nantes has been postponed until March, with Bastia refusing to move the kick-off to an earlier time in the day, to help ease fears over potential supporter violence.

FIFA get busy as Falcao gets a Brazilian blow-dry

Some of the busiest people on the planet, these days - the FIFA ethics committee - have recommended life bans for former CONMEBOL vice presidents, Luis Bedoya and Sergio Jadue, after the pair plead guilty to both racketeering conspiracy and wire fraud conspiracy. 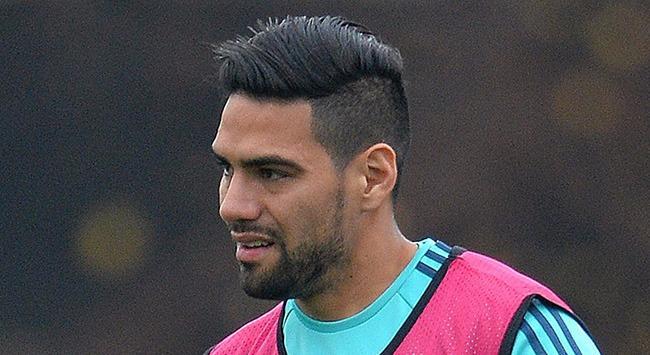 Want to know what Falcao has been up to with his huge amount of spare time, whilst at Chelsea? Getting a Brazilian blow-dry on a regular basis. You might want to read that last sentence back. We are not talking about Ronaldinho here. 'The Daily Mail' reports that the sometimes Colombian striker has been shipping in his favorite hairdresser from Manchester, to keep his hair in tip top condition.

Kenya on brink of Olympics expulsion

Some rather big news from the world of track and field. Russian athletes are set to miss out on the Olympics in Rio this summer. The Kenyans could be next to have their invites scrubbed off, as the IAAF president warning that the country's Federation is currently non-compliant with anti-doping codes. Kenya is traditionally very strong in the middle and long distance categories.