Radamel Falcao continued his fine run of form in front of goal as Monaco beat Lorient 3-0 on Friday to go top of Ligue 1 on goal difference.

The Colombian striker endured a miserable two-year spell in England before this season, but he appears to be getting somewhere close to his best and scored for the fifth time in seven league appearances as Monaco went to the top of the pile.

Lorient managed to keep Monaco at bay for over an hour, but Falcao's 63rd-minute introduction proved decisive, as he steered an effort into the net just after replacing Kylian Mbappe Lottin.

Monaco did not have to wait long for a second, Thomas Lemar coolly stroking home a fine 25-yard free-kick as if under no pressure in the 67th minute. 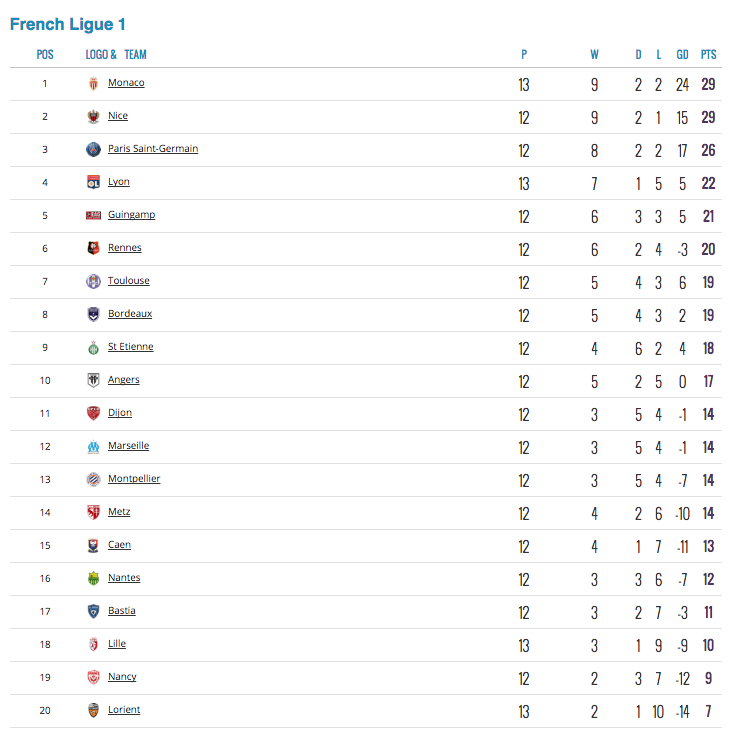 And they wrapped things up in the 90th minute through Gabriel Boschilia's deflected free-kick to help put Monaco top on 29 points, ahead of Nice on goal difference, with this season's surprise package travelling to Saint-Etienne on Sunday.