Liverpool manager Jurgen Klopp admits he 'likes' Borussia Dortmund midfielder Christian Pulisic, but admits his contract would be a problem, should the Premier League giants wish to bid for him.

Pulisic, 19, has developed steadily at Dortmund since joining the club at age 16 and has made nearly 100 appearances in all competitions for the German heavyweights.

The American has been previously linked with a move to Anfield to reunite with his former manager, and whilst Klopp admits he rates Pulisic as a player, it may be difficult to prize him away from the Bundesliga.

"He has a contract at Dortmund. That’s the first problem," he said.

"I know Christian. I liked him since he was a kid. He’s a fantastic player, it’s deserved people think highly of him, and in Germany it’s the same.

"If he wants to play in England he has the chance to do so, but he’s at a really good club already. He had not his best season last year but he was a decisive player [for Dortmund].

"There’s no rush - That’s good and he wants to be the best Pulisic he can be.

"I like him, but we respect contracts and there’s no market I know about him. We did our business and Dortmund did theirs. All good." 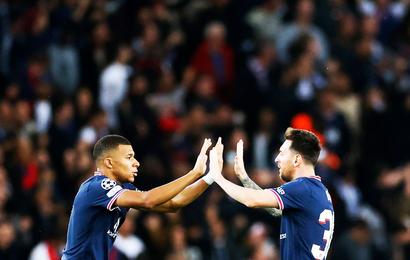 Can Messi make his mark in Le Classique?

"Neymar criticized because he is one of the best"

Pique "one of the greatest center-backs" - Puyol

Fati not feeling pressure of 10