Ligue 1 is back with a deafening bang after the recent international break.

Not only is France the place to be for one of the most exciting title races in Europe right now, but Le Championnat’s first weekend back climaxes in Olympique de Marseille hosting fierce rivals Paris Saint-Germain on Sunday night.

Le Classique is the first fixture every French football fan looks for when the calendar is released before the start of each season. It is unlike any other grudge match in the French game and this campaign; the second instalment of the league fixture is bigger than it has been for many years.

There is so much riding on this one.

Not only are the usual pride and bragging rights at stake, but both teams are in the hunt for the title and a defeat in this match could prove fatal to either one’s dreams of being crowned champions next month.

For Marcelo Bielsa’s Marseille side, it is all or nothing. Two points behind league leaders PSG and one point behind second placed Olympique Lyonnais, Les Phoceens simply have to beat their capital city foes at Stade Velodrome.

After a poor run of away form and then a shock home reverse against Stade Malherbe Caen, OM have turned things around and are now back in the title race after Lyon’s home defeat to OGC Nice last time out.

Only a win will do on Sunday though, with potential title rivals AS Monaco still to play before the end of the season.

Lose or even draw with PSG and the southerners might not be able to overhaul both Laurent Blanc’s men and Lyon before the end of the campaign, so only a win will do for El Loco and his players as they search for the club’s 10 th French title.

For the defending champions, a victory is less vital, but a defeat could still carry far-reaching consequences - even if it would not completely rule them out of the title race.

PSG need a win or a draw because of what it is coming up next.

The capital club’s April schedule is gruelling, with eight games across all competitions scheduled for this month. If they can come away from Stade Velodrome at least having avoided defeat, then they will be confident that they can go on to seal a third consecutive Ligue 1 crown.

Both sides would dearly love to dent each other’s title ambitions, but Marseille have another potential parade to rain on as well. Should Zlatan Ibrahimovic score for PSG on Sunday, he would become the top scorer of all-time in the history of Le Classique.

Currently, the Swede is tied with capital club legend Pauleta on six goals. However, the talismanic No. 10 has taken just seven games to reach that figure, compared with the Portuguese’s 11.

18 - @SteveMandanda has played the most "Classiques" in all competitions amongst current OM & PSG players. Habit. pic.twitter.com/V5RZnm3WdO

If Ibrahimovic finds the net against Marseille, not only would it be his record-breaking seventh goal in Le Classique, but it would also be an historic 100 th competitive strike for PSG.

Reaching that milestone would pull him level with the legendary Dominique Rocheteau and from there, the 33-year-old could target another Pauleta record; this time Les Parisiens’ all-time goals total of 109.

For Ibrahimovic to rack up yet another impressive achievement in his relatively short spell at Parc des Princes though, PSG need to win at a stadium that has traditionally not been kind to them.

Blanc’s men may well be unbeaten in the their last two visits to Stade Velodrome, but Marseille’s home has been the venue for five defeats in their last 10 visits. OM have generally struggled to beat their loathed rivals since the arrival of Qatar Sports Investments in the capital, but their best result in that time was a 3-0 home win back in November of 2011.

Bielsa needs his players to emulate that sort of performance if Marseille are to beat PSG to get themselves back into the title race. However, PSG will be well motivated and know that a win will keep them top, while also enabling them to get their hardest remaining fixture out of the way without losing ground to Lyon and OM.

Although Le Classique might not directly decide whether or not the Ligue 1 crown stays in Paris this season, it has the potential to significantly influence the outcome of this absorbing title chase. 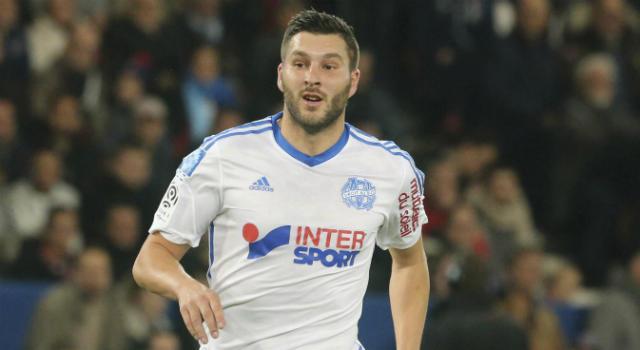