Riyad Mahrez scored twice as Algeria narrowly avoided an embarrassing defeat to Zimbabwe with a 2-2 draw in their Africa Cup of Nations Group B opener.

Zimbabwe were on course for a famous victory after coming from a goal down to lead 2-1, but Leicester City star Mahrez showed his quality with goals at either end of a rip-roaring contest.

The Warriors fell behind after just 12 minutes at Stade de Franceville when Mahrez scored with a finish that oozed Premier League class, but Callisto Pasuwa's side hit back quickly. 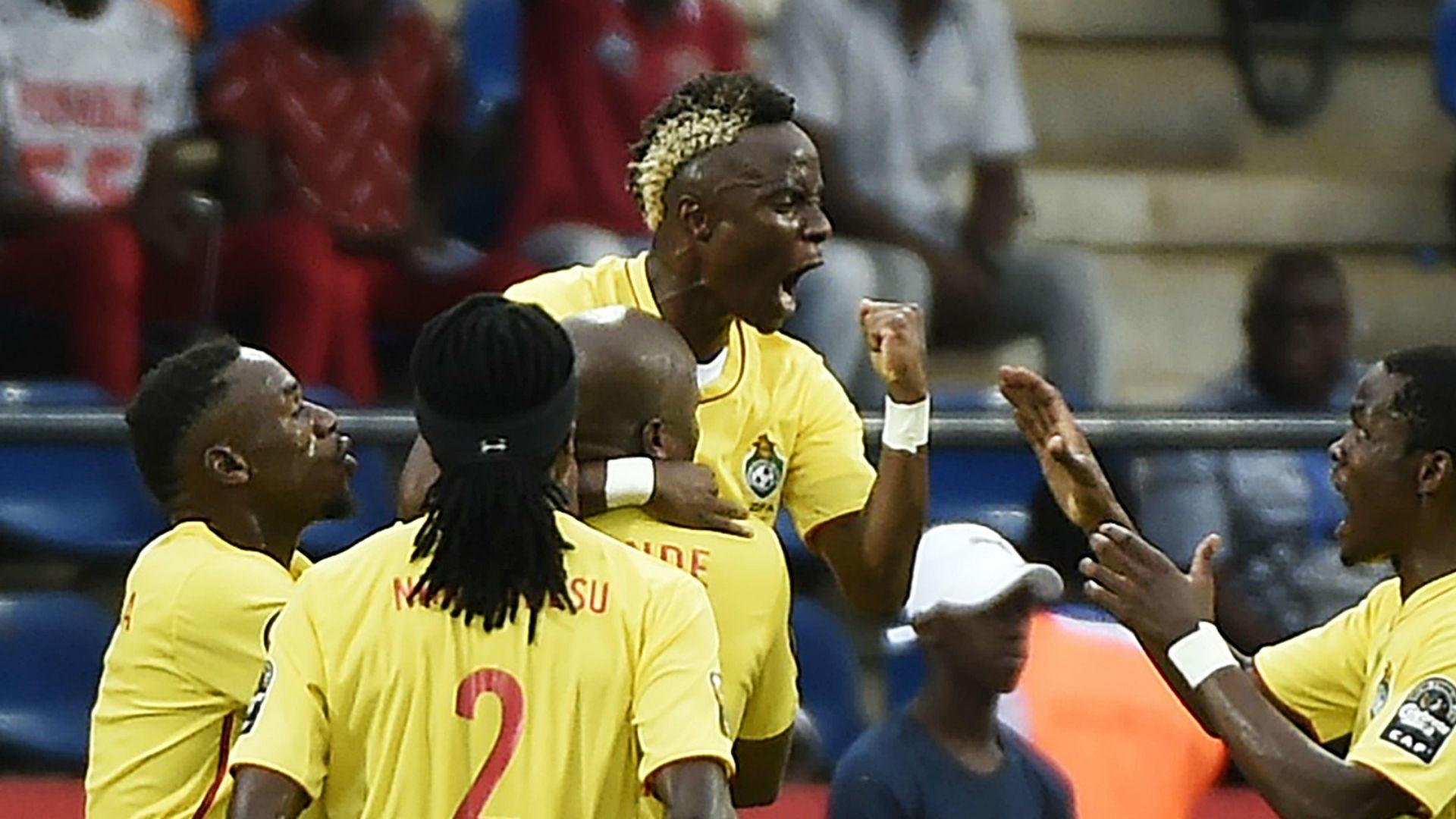 Kudakwashe Mahachi fired Zimbabwe level within five minutes of the opening goal, and the game turned on its head when Nyasha Mushekwi gave his side the lead from the penalty spot.

Algeria launched an onslaught on Tatenda Mukuruva's goal in the second half, and the side ranked by FIFA as the second weakest at the tournament had their resolve broken in the 82nd minute when Mahrez struck again.

From the outset Zimbabwe refused to let their opponents settle and Khama Billiat struck a superb volley that rattled the frame of the Algeria goal after just nine minutes.

Pasuwa was forced into an early change when Knowledge Musona came off with an injury, and there was worse in store for The Warriors when Mahrez broke down the right and curled a left-footed shot in off the post to make it 1-0.

Five minutes later, Musona's replacement Matthew Rusike found Mahachi on the edge of the Algeria penalty area and he dragged a shot across the face of Rais M'Bolhi's goal and into the bottom-right corner.

Billiat, who plays his club football with Mamelodi Sundowns in South Africa, was in talismanic form for Zimbabwe and his rasping shot drew a brilliant save by M'Bolhi before Zimbabwe took the lead. 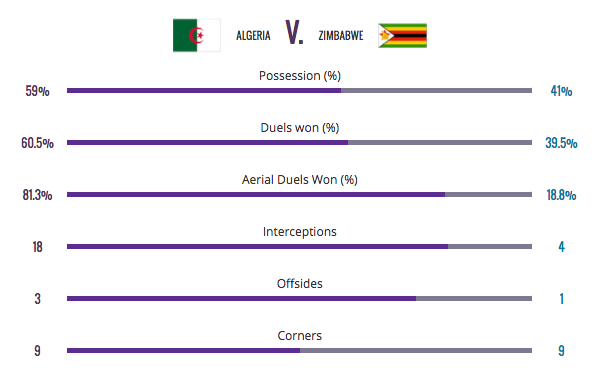 Mokhtar Belkhiter brought down Onismor Bhasera on the edge of the box and Mushekwi calmly dispatched the ensuing penalty to make it 2-1 with just less than half an hour played.

Mahrez continued to torment the Zimbabwe defence in the second half, while at the other end Billiat's trickery left Aissa Mandi in a heap on the floor before his shot from close range forced M'Bolhi into a superb one-handed save.

Ramy Bensebaini crashed a header onto the crossbar as Algeria probed for an equaliser and Mukuruva rescued his side time and time again as shots rained in from Mahrez and Yacine Brahimi.

Nabil Bentaleb also went close for Algeria and Islam Slimani flashed a shot just wide of Mukuruva's goal in the closing stages, before Cuthbert Malajila squandered a golden chance to seal the victory for Zimbabwe when he was foiled in a one-on-one with M'Bolhi.

The crowd were barely given time to blink before Algeria raced into attack and Mahrez broke Zimbabwe hearts by firing in from the edge of the area with an effort that Mukuruva allowed to squirm under him to avoid a repeat of Algeria's defeat to the Warriors at the 2004 edition of the tournament.

Independiente advance to the Sudamericana semis

Flamengo will play the Libertadores semis