Marc Bartra has blamed Luis Enrique's decision to leave him out of the Clasico last November as the reason why he decided to call time on his Barcelona career.

The 25-year-old, who had been part of the Camp Nou set-up since 2002, was signed by Borussia Dortmund in June for a reported €8million as a replacement for Bayern Munich-bound Mats Hummels.

The Spain international admits he found life tough under the former Celta Vigo boss and pinpointed his omission from the 4-0 win over Real Madrid as a moment when he began to give serious thought to his future.

"One of the moments was returning from the national team, after a game against England which I felt very happy about, and then being left out of the Clasico. At this moment I realised that maybe I shouldn't be so insistent with Barca," he told Radio Marca Catalunya.

"Pep [Guardiola] gave me belief when I made my debut with him. Tito [Vilanova] decided I should stay in the first team. With Tata [Martino], I played practically 30 games, which gave me the chance of playing for the national team.

"I was on the rise until Luis Enrique arrived. I started well with him, but then he stopped counting on me. It was a tough year and a half for me.

"The boss had other priorities. I respected his decision and I stuck at it until the end."

Congrats to my new teammate @RaphGuerreiro and #POR to win the #EURO2016 . Heads up #FRA , you have done a great tournament. Gute Nacht! ⚽️

Bartra now hopes for consistent playing time in the Bundesliga and is not thinking about the prospect of a return to Camp Nou, with Dortmund having refused to grant Barca the option of a buy-back clause in his contract.

"I don't want to go into details," he said. "The coaching staff and the president showed me that they wanted me to stay at Barca. But it's one thing being there and quite another feeling valued.

"There were moments in the season where I wasn't used at all. The offer from Dortmund was very exciting. It will give me consistency, which is the most important thing.

"I have a four-year contract. The best way to have a good future is to think about the present. I'm going to give my all. I've been transferred. Dortmund didn't accept a buy-back option.

"Thomas Tuchel's style is look Barca's and Spain's - keeping the ball and pressing high. I hope to adapt quickly and to bring everything I learned at the world's best team."

Barca announced the signing of France international Samuel Umtiti for €25m on Tuesday, but Bartra had some words of warning for the defender.

"He looks a good centre-back to me," he added. "If Barca sign someone, it's for a reason, but being a centre-back for Barca is not easy. You have to be strong, fast, good at bringing the play forward. You need everything."

Next Carlo Ancelotti Admits There Is No Chance Cristian
Read 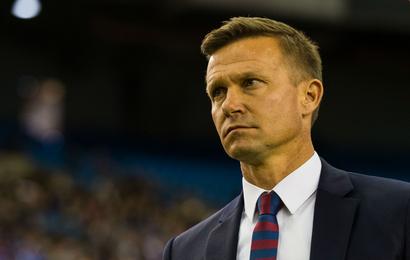