With leaders Serbia facing Wales in a later kick-off on Sunday, Martin O'Neill's side needed just a point to - temporarily at least - move top of what is proving to be a tightly contested group.

And, despite a flat first-half performance, a late glut of pressure from the hosts resulted in Walters thumping home a deserved equaliser to cancel out Martin Hinteregger's opener. 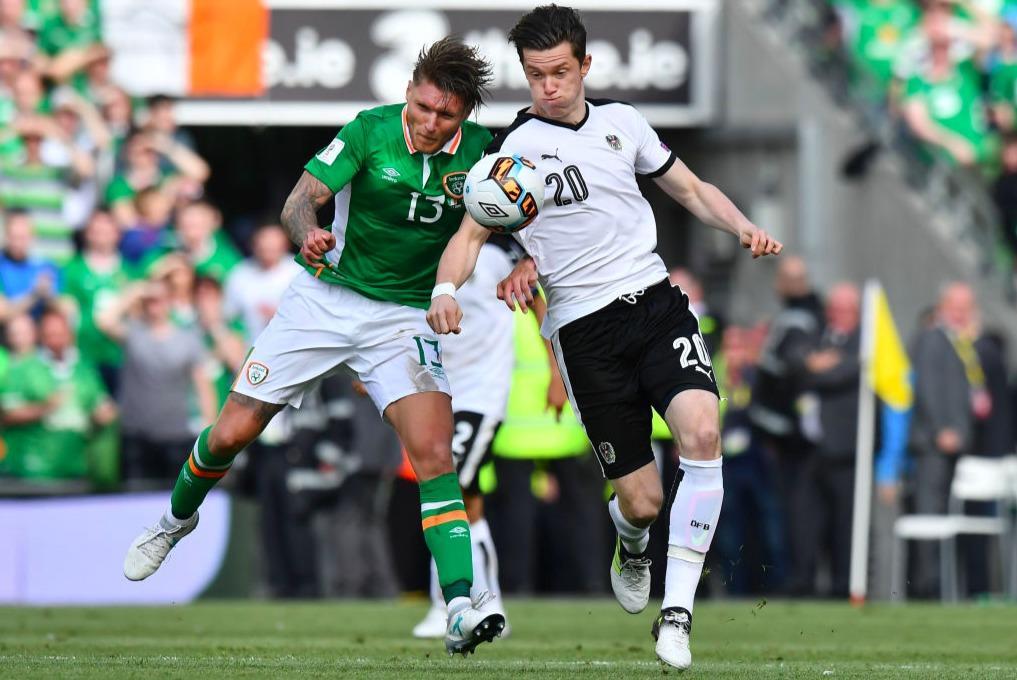 Shane Duffy thought he had snatched a winner two minutes later, only for the referee to disallow the header for a foul by the defender, who led with a raised arm.

Ireland had stepped up the pressure in a frantic second half, with Austria debutant Stefan Lainer having previously hooked Kevin Long's header off the line to preserve the lead.

But ultimately it was Walters who proved Ireland's hero, as O'Neill's side maintained their unbeaten run in qualifying to make it 12 points from six matches.

5 - Five of the last seven goals the Republic of Ireland have scored in home qualifiers have been scored by Jonathan Walters. Leveller. pic.twitter.com/v6nZcIAd4e

Walters had Ireland's first sighting of goal, only to skew his strike wide from 18 yards out, and the hosts' sluggish opening was punished in the 31st minute.

David Alaba's low corner found Hinteregger via a couple of dummies and, though the defender scuffed his first-time effort, Randolph could not get down quickly enough to keep it out.

Duffy went close with a header after the restart, before proving his worth at the other end with a brilliant block from Guido Burgstaller's close-range attempt. 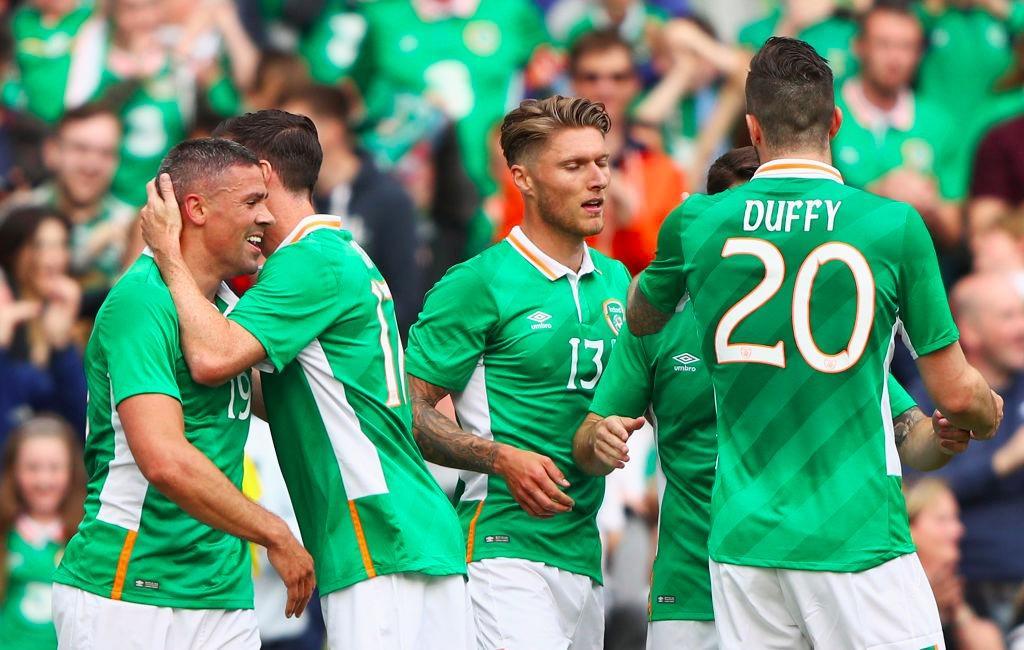 Walters continued to trouble Austria's defence as Ireland finally burst into life, and only Aleksandar Dragovic's well-timed challenge prevented the Stoke City man getting through on goal on the hour.

Wes Hoolahan replaced Harry Arter soon afterwards and the playmaker had an immediate impact as his wicked cross was deflected goalwards by Lainer, but goalkeeper Heinz Lindner was well placed to spare his team-mate's blushes.

Lainer was soon involved again - doing well to clear Long's header off the line - but Ireland were not to be denied for much longer.

With Randolph having pulled off a supreme stop at the other end to keep out Florian Grillitsch, Walters got the better of Dragovic and then kept his cool to drill a venomous volley into the bottom-right corner and send the Aviva Stadium into raptures.

Duffy's header appeared to have snatched all three points moments later, but the referee's decision - vehemently protested by the hosts - meant that Ireland had to settle for a share of the spoils.

Scaloni: Messi thriving with us now

Dest shines in victory for a young USMNT

Cuadrado: "Game vs. Ecuador will be like a final"

Portugal: "One final down, two to go"