Goals from Javi Guerra and Miku earned Rayo Vallecano a massive three points in the fight for La Liga survival as they overcame fellow strugglers Getafe 2-0.

Rayo came into Friday's clash at Vallecas in 16th, two places above their opponents and level on points, but goals in each half gave them a measure of breathing space and ended a seven-match winless run.

Guerra bundled the ball home from close range in the 15th minute, although Rayo saw substitute goalkeeper Yoel sent off following the celebrations.

With 19 minutes remaining, Miku swept in from Pablo Hernandez's pass to seal the points and extend Getafe's winless sequence to 11 games. 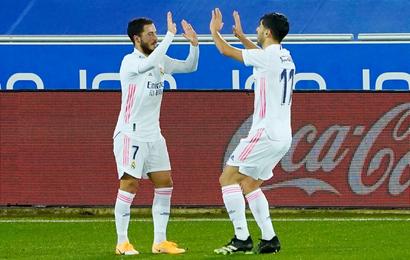