If there is any coach that knows about creating success against all the odds, it’s Claudio Ranieri. The Leicester City boss is now synonymous with the unexpected, and his comments on ‘Extra Time’ this week only went further to demonstrate that point. The Tinkerman predicted that, not only is Italian Football on the rise again, but under Frank De Boer, Inter will also become a force to be reckoned with this season. ‘Claudio’ has already been impressed with the little he has seen of the Dutchman’s short tenure, however, the former Ajax coach now faces his most difficult task to date. The Nerazzurri welcome Juventus on Sunday to town and in turn, this throws up a tactical dilemma.

Simply put, Inter's pre-season was a disaster. Roberto Mancini’s exit only weeks before the season got underway was the result of ongoing rumblings between him, Erick Thohir and The Suning Investment Group. This, along with the worst possible schedule (they travelled further than any other European team) left the squad exhausted, unsure of the future and more than anything, unfit. De Boer’s arrival offered a new challenge, a new style and perhaps a switch in mindset, but ultimately there wasn’t enough time to implement so many changes, and the results showed. On paper Inter arguably have the third most talented squad of players in Serie A after Juventus and Roma- much of the credit for which belongs to Mancini and Piero Ausilo. Antonio Candreva came in from Lazio, wonder kid Gabriel Barbosa was stolen from under the noses of Barcelona and Ever Banega came in from Seville. Cristian Ansaldi gave more depth to the full back position and Joao Mario arrived from Sporting Lisbon, breaking the club’s record transfer. The team had been assembled but the same problems continued to manifest themselves on the pitch. 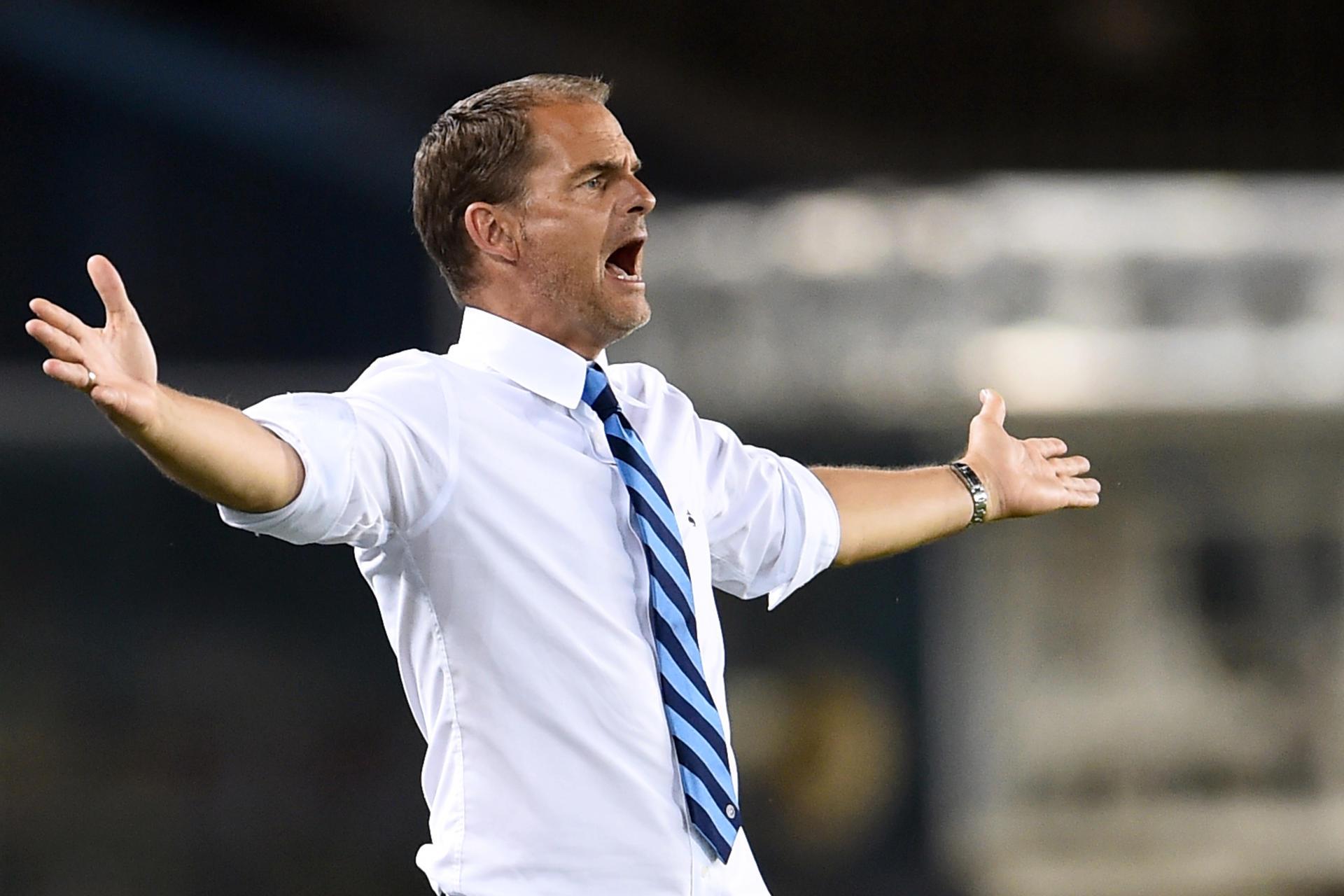 The first game against Chievo was shambolic to say the least. De Boer played with a 4-2-3-1 formation but they were met with an opponent capable of grinding them down with ruthless efficiency. Nowhere to be seen was the Cruyff inspired flowing football but that was to be expected. The Dutchman could not grease his team of slow moving cogs with an oil of velvet consistency overnight. Still, De Boer received criticism despite his team lacking fitness and there was a hope that against Palermo there would at least be a good result, even if no improvement in the football. The 2-0 defeat to the Veronese was followed up with a 1-1 draw against the Sicilians, although the Inter coach did play his preferred 4-3-3 which provided Mauro Icardi with the ball from wide positions. The midfield played with more conviction and moved the ball quickly. Things were improving.

The game on the weekend was a strange one. The Adriatic coast welcomed the Milanese and in the opening minutes Pescara were immediately pinned back. The gasp from the Nerazzurri faithful in attendance wasn’t just that they hadn’t seen this kind of pace, pressing, tempo and composure under De Boer, they just hadn’t seen it from an Inter side in years. Even so, despite the team providing width and creativity through the center of the field intermittently, this is still ‘Pazza Inter’ and against the run of play they found themselves 1-0 down. Tactically De Boer had got it spot on again and his side switched continuously from 4-2-3-1 to 4-3-3 whether in or out of possession. It is true they had to rely on the exploits of Samir Handanovic and Mauro Icardi to win the game but this was a world away from thei match against Chievo. 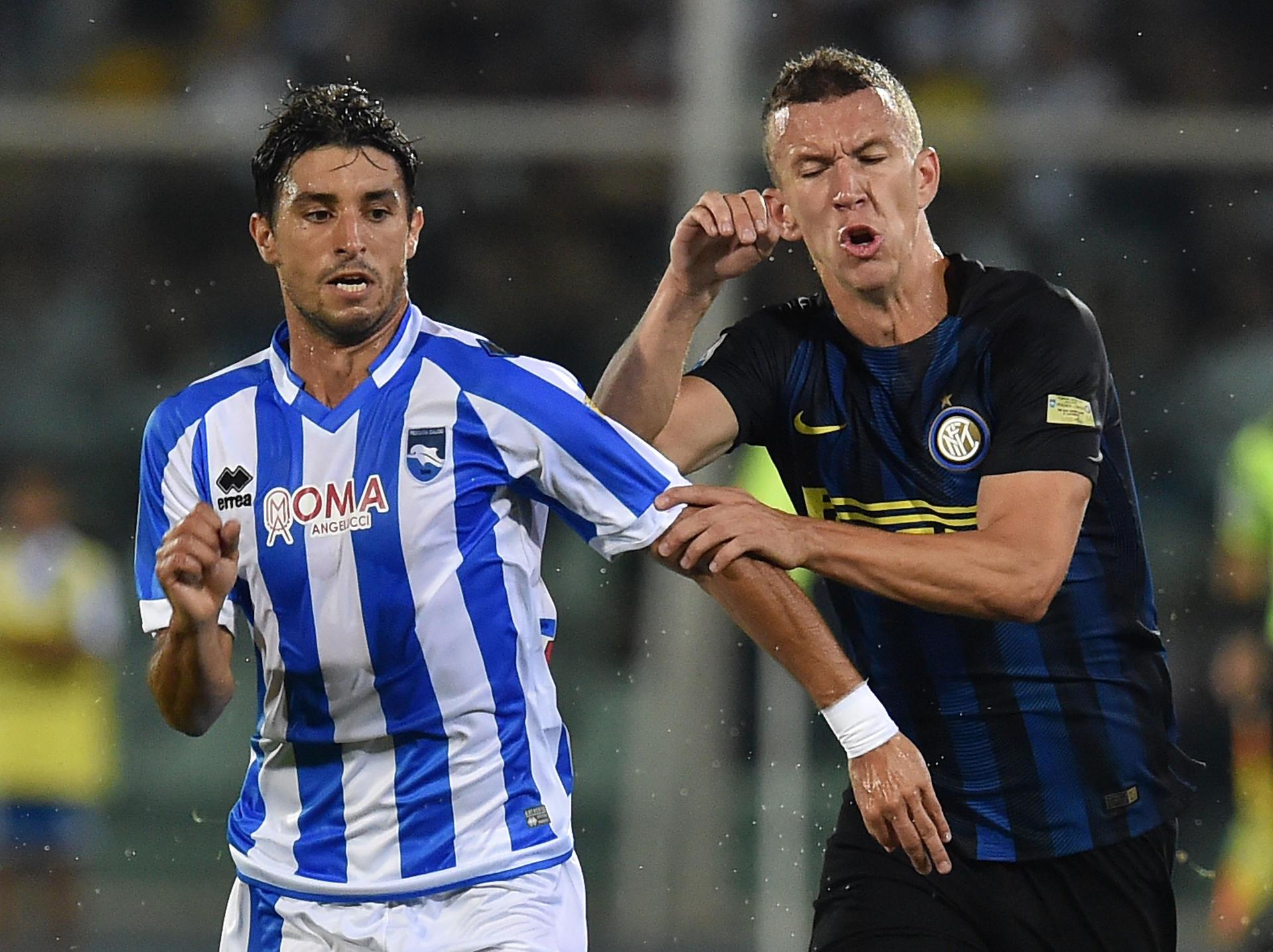 Juventus’ visit presents a curve ball for the 46-year-old manager. Just as it seemed as though his new team had found its rhythm, he may have to change things around almost immediately. If he starts the game with the same tempo against Juventus this will not be a problem per say, but ‘The Old Lady’ will not allow Inter to simply pass the ball around on the edge of their box. The tactics he has been implementing come right out of the Ajax playbook and seem most favorable against ‘inferior teams’. The Bianconeri are anything but this and he may have to look back to his days at Ajax when they faced Real Madrid and had success. On that occasion, his 4-3-3 had to revert to a 4-6-0 when out of possession. Stacking the middle of the park as he did meant the wingers had to drop deep which cut off their ability to counter attack and this perhaps will stifle Inter and cause them to revert to type, i.e. play slow passing moves starting from the center backs. Faced with similar situations, De Boer has used a 3-4-3 system once or twice on the European stage (when in Holland), but is unlikely to risk employing the same tactic against a team with as much quality as Juventus.

It is a headache that he will have to remedy fast. Icardi’s goal scoring exploits and Handanovic’s manifold talents may be able to prevent Inter from losing to big teams, however, the coach will need to find a long-term solution if the club hopes to mount a serious challenge for major honours. Maintaining a high level of intensity and a pressing game will be a difficult task to pull off in the Derby D’ Italia. If he gets it right however and the Nerazzurri get the result, then the future of this squad could be very bright indeed.

Next I Had Too Much Pride to Sign for Napoli, Says Alva
Read

Rabiot: Allegri is a complete coach