Leicester City made a superb start to life in the Champions League as a pair of goals from Riyad Mahrez helped Claudio Ranieri's side to a 3-0 win over Club Brugge on Wednesday.

The Premier League champions needed just five minutes to score their first goal in the competition, Marc Albrighton knocking the ball into an unguarded net thanks to Hans Vanaken's unfortunate assist. 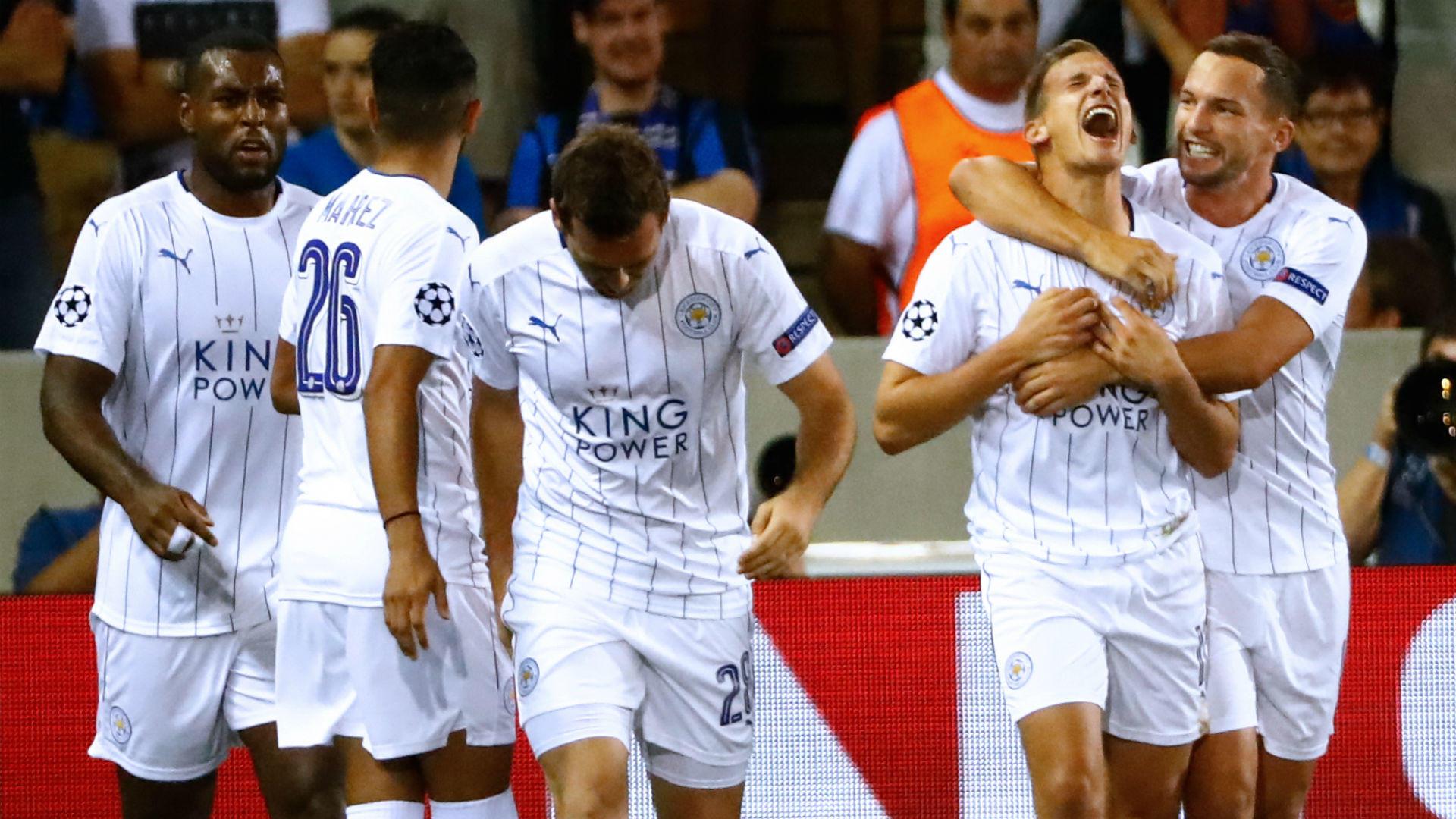 Mahrez doubled their lead with a curling free-kick in the 29th minute, and then added a penalty just after the hour mark to clinch all three points in Leicester's Group G opener.

The victory is Leicester's first in Europe since they took on Glenavon in the first round of the Cup Winners' Cup in the 1961/62 season.

And Leicester now boast a two-point advantage at the top of the group following Porto's 1-1 draw with Copenhagen, with the Portuguese side their next opponents on September 27.

Ranieri's men may have suffered a shaky start to the defence of their title - winning just once in their first four domestic league outings - but Leicester flew out of the blocks in Belgium.

Albrighton made history by scoring the club's first ever goal in Europe's premier club competition, the winger capitalising on a defensive mix-up to break the deadlock.

Unaware Ludovic Butelle had left his line to claim Luis Hernandez's long throw from the right flank, Vanaken flicked the ball out of his goalkeeper's hands and perfectly into Albrighton's path at the back post.

The goal came straight after Club Brugge had blown a glorious chance to take the lead at the other end of the field, Jose Izquierdo failing to even hit the target with a left-footed shot with only Kasper Schmeichel to beat having breezed by Wes Morgan to reach Vanaken's throughball.

Jamie Vardy looked set to have a one-on-one opportunity of his own when he seized on a loose pass in the 29th minute, only for Timmy Simons' late lunge to halt his progress towards the penalty area.

The same combination were involved in the goal that put the game to bed, as Club Brugge once again failed to cope with the speed of  Vardy.

England international Vardy breezed in between two defenders to go clear on goal, forcing Butelle to rush from his line and commit to a challenge he never had a hope of winning.

Mahrez duly tucked away the spot kick, sending his effort down the middle as Butelle - who only received a booking under the new rules for goalkeeping fouls inside the area - dived to his left.

Club Brugge's miserable night was summed up when the woodwork denied Izquierdo from grabbing a consolation goal, with Leicester also able to celebrate a clean sheet on a famous night in their history.

Next Cristiano Ronaldo Ties It Late, Alvaro Morata Give
Read

Klopp ready to take on 'the best'

Mbappe: PSG could have done more