Bayern Munich kept their treble hopes alive as they reached the semi-finals of the DFB-Pokal with a 3-0 victory away at 10-man Bochum.

A double from Robert Lewandowski and Thiago Alcantara's strike saw the Bundesliga leaders remain on course to lift the domestic cup for the 18th time in their history.

They could even afford for Thomas Muller to have a first-half penalty saved after Bochum had seen substitute Jan Simunek shown a straight red card for a foul on Arjen Robben just 14 minutes after coming on.

The result means outgoing Bayern manager Pep Guardiola can still win three trophies - the runaway Bundesliga leaders face Juventus in the last 16 of the Champions League - before leaving to take over at Manchester City.

However, they were made to work hard for the win against opponents from Germany's second tier.

Bayern barely troubled their hosts until a quiet game burst into life in a crazy six-minute spell late in the first half.

Bochum managed to hold firm for the majority of the opening period, even creating the best opportunity when Thomas Eisfeld's cross allowed Simon Terodde to cut inside David Alaba and curl a left-footed shot just wide.

Yet their hopes of an upset disappeared when they suffered a double blow just before the half-time interval.

Lewandowski broke the deadlock when a delayed one-two with Muller set him free in the right channel. He took his time with the finish, sending a low effort into the net via the far post.

As if falling behind was not bad enough for Bochum, they found themselves down to 10 men when Simunek was dismissed for a foul on the lively Robben.

The defender, who had replaced the injured Timo Perthel, paid the price for ending up on the wrong side of the Dutch winger, clipped his opponent's heels just inside the area as he rolled towards goal.

Muller, however, failed to convert the resulting spot kick. Goalkeeper Manuel Riemann dived to his left to block the attempt, with the rebound looping onto the crossbar before eventually going out for a corner.

Still, the miss did not prove too costly, as the visitors doubled their lead on the hour mark.

Robben's scooped pass picked out the run from Muller, who helped make amends for his profligacy from the spot with a low cross that Thiago converted on the slide.

Bayern should have added a third on 67 minutes, yet Douglas Costa somehow managed to pop Robben's centre over the bar from inside the six-yard area.

Lewandowski did make it 3-0 just before the final whistle, Robben's through ball allowing him to slot a finish beyond Riemann and make it six goals in his last four games. 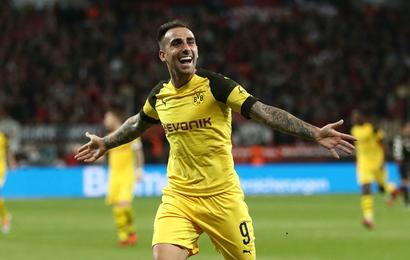 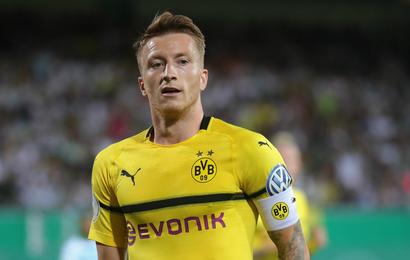 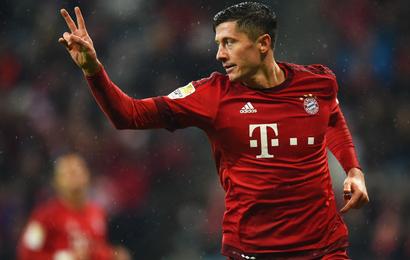 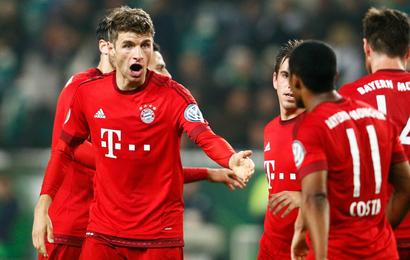