Bayern Munich face a mammoth task in their UEFA Champions League semi-final second leg against Barcelona, and Karl-Heinz Rummenigge is praying for a "once in a century" display.

The Argentine maestro scored the opening two goals before setting up Neymar for the third in stoppage time as the Catalan giants moved to the brink of their fourth final in the past 10 seasons.

Bayern's preparation for this clash has been less than ideal, with Pepe Reina - who started in goal in place of the rested Manuel Neuer on Saturday- lasting just 13 minutes before being sent off in their 1-0 home defeat to Augsburg.

However, already crowned Bundesliga champions, the defeat is of little consequence to Bayern, and chief executive Rummenigge is hoping his club can achieve what is seemingly an impossible task at the Allianz Arena on Tuesday.

"It is going to be very hard," he said. "Barcelona were the favourites in the first place and after the game that status grew. This is normal when you get this sort of result.

"But nonetheless, it is the duty of Bayern Munich to put on their best performance on Tuesday. We will see if it will be enough. Our chances are very, very small, but in football there is always one game in a century where you can turn the tides. 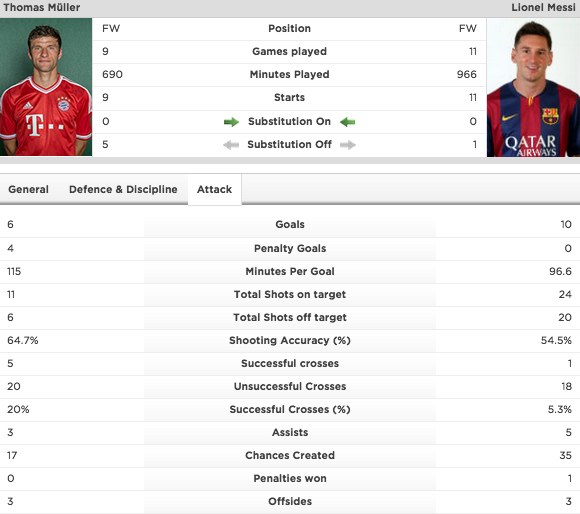 "They are rare, I know, but it is our responsibility to give all we can. If it is not enough you can't change it but you at least have to try."

Bayern's build-up to the game has also been disrupted by rumours that head coach and former Barca boss Pep Guardiola has signed a pre-contract agreement to move to Manchester City at the end of this season.

But although Bayern's hopes of a treble have been dashed by last week's defeat to Barca and a DFB-Pokal semi-final loss to Borussia Dortmund, Rummenigge believes 2014-15 will still go down as a success.

"If I was have write a report on our season so far, it would be very positive," he added.

By contrast, Barca are very much on course for the treble, with a Copa del Rey final against Athletic Bilbao to look forward to, while Saturday's 2-0 win over Real Sociedad and Real Madrid's 2-2 draw with Valencia gave them a four-point lead at the top of La Liga with two matches remaining.

Luis Enrique's men are on a blistering run of form at just the right time, winning all of their last eight matches, scoring 28 goals and keeping seven consecutive clean sheets.

Bayern may take heart from the opening leg of the 2012-13 semi against Barca, which they won 4-0 on their way to a 7-0 aggregate success, but against a frontline of Messi, Neymar and Luis Suarez - who have scored 112 goals between them this season - such a repeat seems unlikely.

Next Arsenal Will Bounce Back Against Manchester United
Read