Barcelona will meet Athletic Bilbao in the quarter-finals of this season's Copa del Rey.

Last year's finalists will face off at San Mames on January 20 before the return leg a week later at Camp Nou.

Javier Bordas, the director of Barca's first-team affairs, said of the draw: "Athletic are a great team who can beat anyone. They showed their form against Villarreal [in the last 16].

"Barca are always the slight favourites, but we were in the Supercopa and we lost to Athletic then."

Atletico Madrid - winners in 2013 - will take on Celta Vigo, with the first leg to be played at Balaidos, while Gary Neville's Valencia will face Las Palmas.

Sevilla, meanwhile, have been handed a tie with Segunda outfit Mirandes, who stunned Deportivo La Coruna in the last round with a 4-1 aggregate victory. 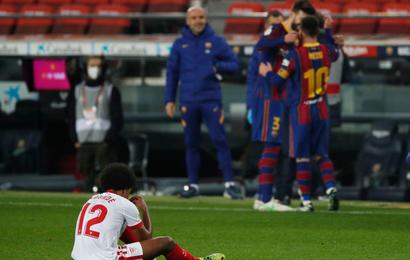