Scotland will hope to party like it's 1999 by recording a rare victory away to France when two of the most-improved teams in the Six Nations clash in Paris on Sunday.

It was the final year of the previous Millennium when Scotland last turned over Les Bleus in their Saint-Denis backyard, en route to winning the concluding edition of the Five Nations.

Since the expansion of the tournament, just two more Scottish victories over their partners in the 'Auld Alliance' have followed.

LIVE | Scotland warm up at the Stade de France! https://t.co/M9rtRdBudQ

But the recent omens are good - Vern Cotter's men recorded a landmark triumph over France last year and backed that up with an even more impressive win at home to genuine title contenders Ireland in this year's curtain raiser.

France, though, should not be discounted. Despite their relative struggles since securing their previous Six Nations crown in 2010, they have displayed glimpses of improvement under head coach Guy Noves, falling just short of halting the England juggernaut last week. 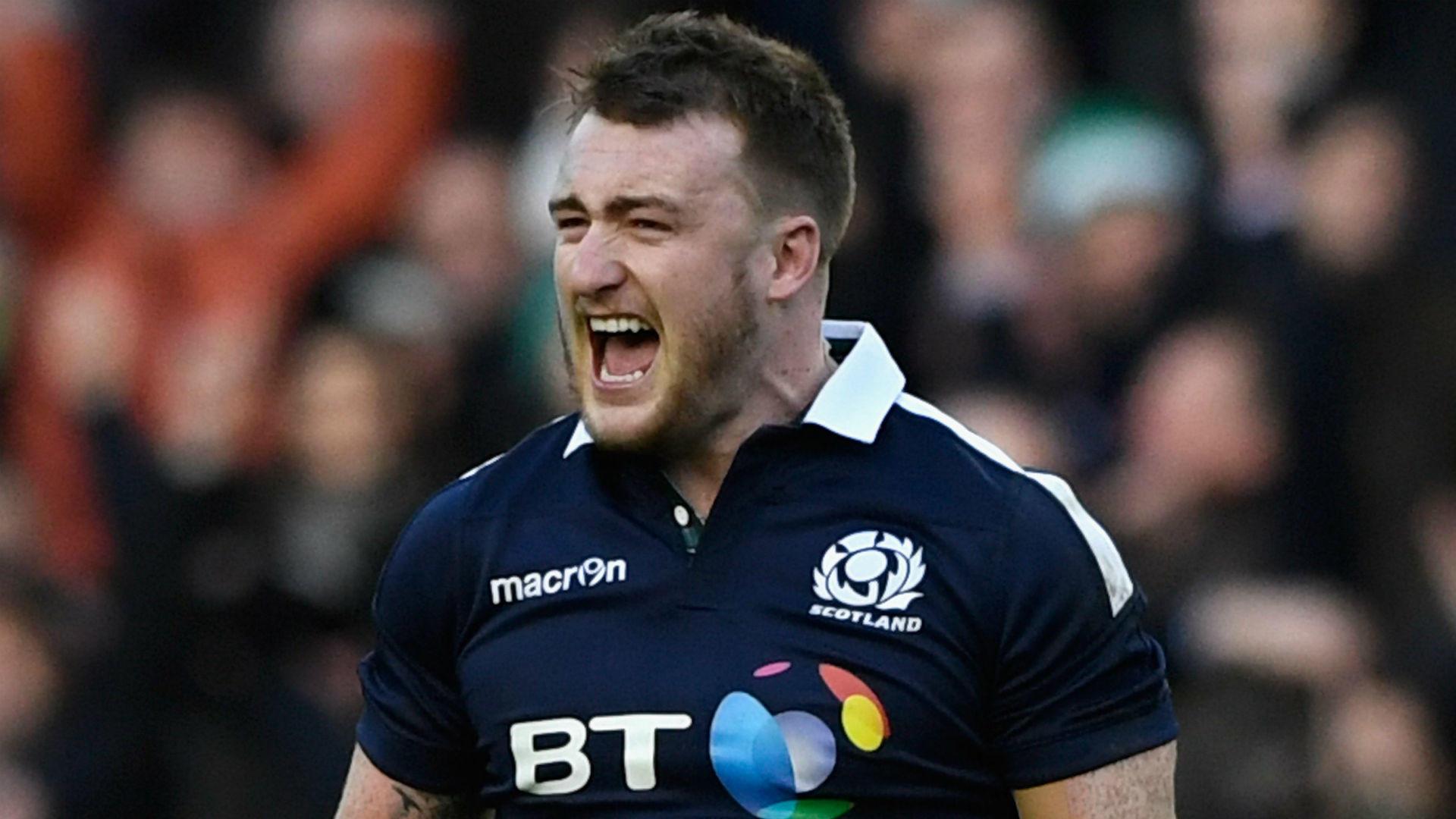 Both teams have made one change apiece, Scotland replacing back-row Ryan Wilson with John Barclay and Damien Chouly making way for Loann Goujon at blindside flanker for France.

Scotland earned a 29-18 win in their last encounter with France, snapping a nine-match losing streak against Les Bleus in the tournament, which had lasted from 2007 to 2015.

Tim Visser scored the decisive try after Duncan Taylor and Stuart Hogg, who supplied the pass for the winner, had earlier crossed at Murrayfield.

That was Scotland's second victory of the competition, after they also won in Italy, but overcoming France in Paris this weekend will be a tougher task, when Hogg will earn his 50th cap.

Baptiste Serin (France)
At 22, Serin is considered by many to represent the future of French rugby. Having made his international debut in June, the Bordeaux-Begles player was picked ahead of Maxime Machenaud at scrum-half for the defeat to England and Noves has kept faith in a talent whose emergence was hailed as "very good news" for Les Bleus by Dimitri Yachvili, who starred in the same position from 2002 to 2012. 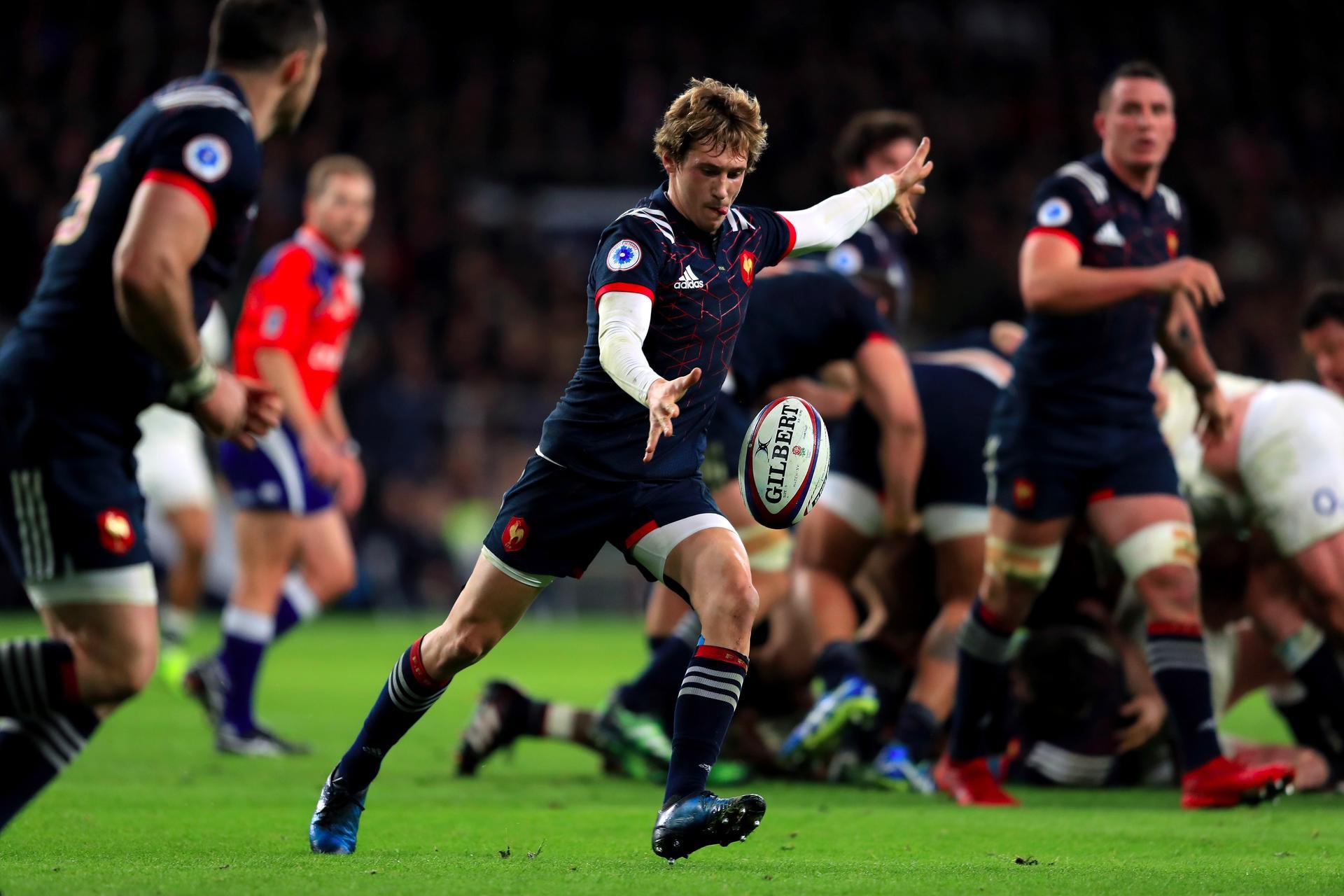 Finn Russell (Scotland)
Russell, who set up Hogg's opening try against Ireland, has been passed fit to play after having a head injury assessed and Scotland will look for the star fly-half to reproduce his performances for club side Glasgow Warriors in orchestrating victories over Racing 92, first away and then at home, in the European Champions Cup in December.

Guy Noves (France): "We will mainly adapt to the Scottish rugby that you have seen evolve for four years A game based on commitment, speed, aggression, with players who have gained confidence in a highly organised collective."

Vern Cotter (Scotland): "France in Paris is a monumental challenge. They have improved markedly since Guy Noves took charge and will be smarting since their narrow defeat to England at Twickenham last weekend."

- Scotland have never won their opening two games of a Six Nations campaign; they last achieved the feat in the Five Nations in 1996 when they started with victory against Ireland before beating France.

- The last time Scotland won an away fixture in the Six Nations that was not against Italy was in the final round of the 2010 tournament against Ireland, when they bagged a three-point victory.

- France remain undefeated in eight previous home fixtures against Scotland in the Six Nations, though only two of their last six such wins have come by double digits.

Next George North Ruled Out in Late Blow for Wales
Read

Keys to Beating the English