Pep Guardiola warned next Premier League season would be "completely different" as Manchester City bid to reclaim their title.

City were in fine form in a 4-0 thrashing of newly crowned champions Liverpool at the Etihad Stadium on Thursday.

A Kevin De Bruyne penalty and goals from Raheem Sterling and Phil Foden, and an Alex Oxlade-Chamberlain own goal, saw City – champions in 2017-18 and 2018-19 – to an impressive victory.

While Guardiola played down the impact on next season, the City manager said 2020-21 would be different.

"I'm happy that we won against a team that is the champion of Europe and England," he told a news conference.

"They didn't come here just to celebrate, they're going to celebrate. I think they drunk enough beers earlier in the week, but they came here to compete against us, without a doubt.

"That's why for us, to prepare for Arsenal [in the FA Cup semi-finals] and Madrid [in the Champions League last 16] will be so important.

"To know that we can do it, but next season will be completely different. Everyone starts at zero and we have to show, to Liverpool and ourselves, that we can do it, what we have done in previous years, winning a lot of titles in a lot of competitions."

City have a short turnaround, facing Southampton on Sunday. 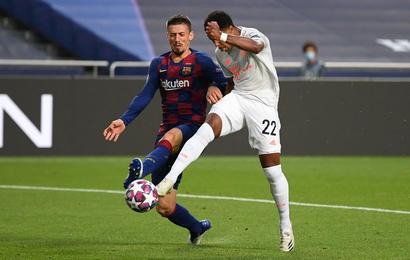