The San Francisco 49ers advanced to the NFC championship after seeing off the Minnesota Vikings 27-10 in the NFL playoffs.

San Francisco were a class above against Minnesota in the divisional-round clash on Saturday as the 49ers moved a step closer to the Super Bowl.

The 49ers will face either the Green Bay Packers or Seattle Seahawks for a place in the Super Bowl after Tevin Coleman rushed for two touchdowns, while quarterback Jimmy Garoppolo threw one TD.

Garoppolo finished 11 of 19 for 131 yards and an interception as he claimed his first playoff victory as a starter.

A week after their dramatic overtime win against the New Orleans Saints, the Vikings were dominated by San Francisco's suffocating defense in Santa Clara.

Midway through the second quarter, Eric Kendricks forced a fumble on Deebo Samuel, which was recovered by Irv Smith Jr., but the call was overturned because the replay concluded a knee was down.

The 49ers then proceeded to complete the touchdown drive – a one-yard run by Coleman finishing it off and putting San Francisco ahead 14-7.

As Minnesota tried to reduce the deficit, Dee Ford sacked Cousins – who was 21 of 29 for 179 yards, a touchdown and interception – to restrict the Vikings to a 39-yard Dan Bailey field goal.

The 49ers extended their lead in the third quarter thanks to Robbie Gould's field goal and another rushing TD from Coleman with less than five minutes remaining.

Gould nailed a 21-yard field goal in the final quarter to seal the 49ers' passage through to the next round of the postseason. 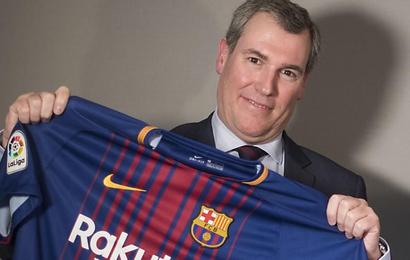 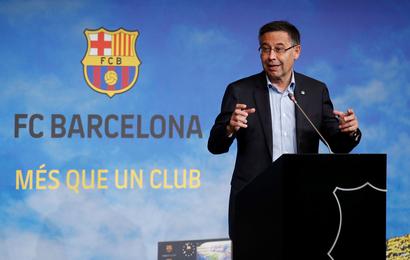 Six Members Of Barcelona Board Resign