The NFL is like any other business — it falls into patterns, makes mistakes and has to start over.

Every year, the draft comes around and guys start to shoot up boards when they run a freakish 40-yard dash or put up 40 reps on the bench press.

UPDATED: See every pick for all 32 teams heading into the 2019 #NFLDraft.https://t.co/Rg9R8Nubwf pic.twitter.com/JBuwjQJSrv

Evaluators in the NFL are just like us, they fall for window-dressing and pick based on recency bias rather than trusting what their eyes saw on the football field months before the combine.

So, who are the players this year who pundits are saying should go high but probably should not?

Here are five overrated prospects in the 2019 NFL Draft: Lock is big (6-4, 227 pounds), has a huge arm, has tons of collegiate starts (46) and has had very good success in a conference known for its defense in the SEC (99 touchdowns, 39 interceptions).

Here is the thing though — and this really, really matters — he is not accurate. Just really not at all. In four years, basically all starting, at Missouri, he never completed more than 62.9 per cent of his passes in a season and only eclipsed the 60-per cent mark once. He did that despite having favourable offenses to do it in, good talent around him and, honestly, a weaker division to exploit.

The SEC East has had very good teams in recent years, but it also has Tennessee, Vanderbilt and South Carolina, and Kentucky were not particularly good until recently. Lock is soaring up boards now that teams are seeing him in shorts and a t-shirt and he is throwing against air. Could he be really good? Absolutely. He has all the tools to do so. But the fact is the NFL does not get easier. It gets more difficult and Lock's accuracy probably will not improve in a tougher environment with more complex defenses. 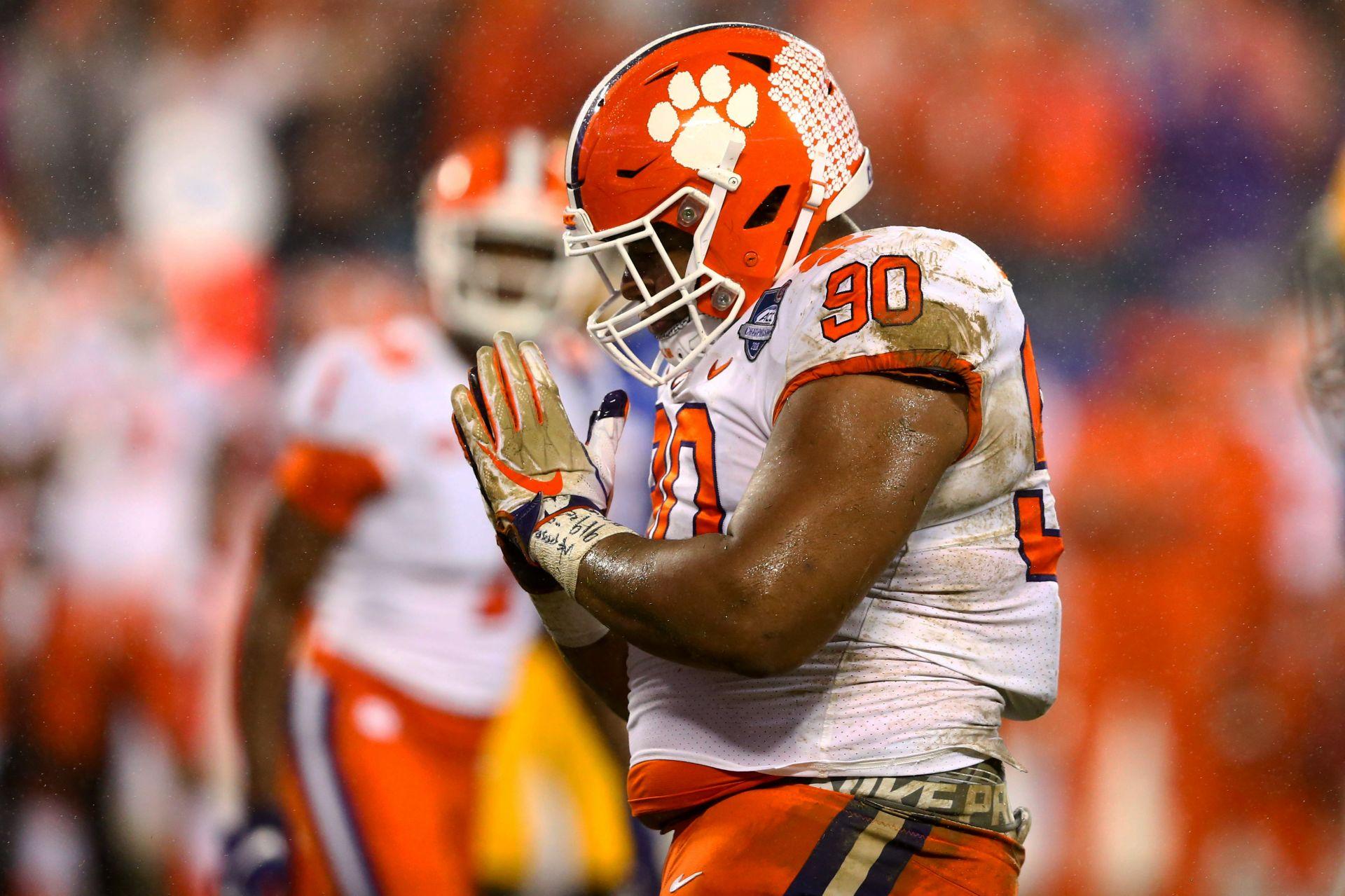 Again, there is a lot to like about Lawrence: he has wonderful size, he moves very well for his girth (342 pounds and a 5.05 40-yard dash) and he anchored one of the best defensive lines in the country. But even though he is predicted to go in the first round by just about everyone, the consensus around draft circles is he probably should not.

One AFC general manager told Bleacher Report: "It's nothing against the kid, but teams should know better than to draft a nose tackle early. He's Vita Vea. He's Danny Shelton. These guys are never worth the early pick."

The Draft Network's Jon Ledyard echoed the same sentiment: "In short, Lawrence is a good run-stuffing prospect with enough upside and athleticism to not be a complete dud on passing downs, which would be awesome in the middle of day two/early Round three portions of the draft. The problem is he's been getting top-10 hype for two years now, and there is just no way he belongs in the Round one discussion."

Now, Lawrence appears to be slipping down boards slightly as he is getting looked at more in the 15-30 range rather than top 10 at this point. Still, today's game is about getting pressure up the middle with defensive tackles and that's just not Lawrence's game, and to spend a first-round pick on a run stuffer might not be prudent. 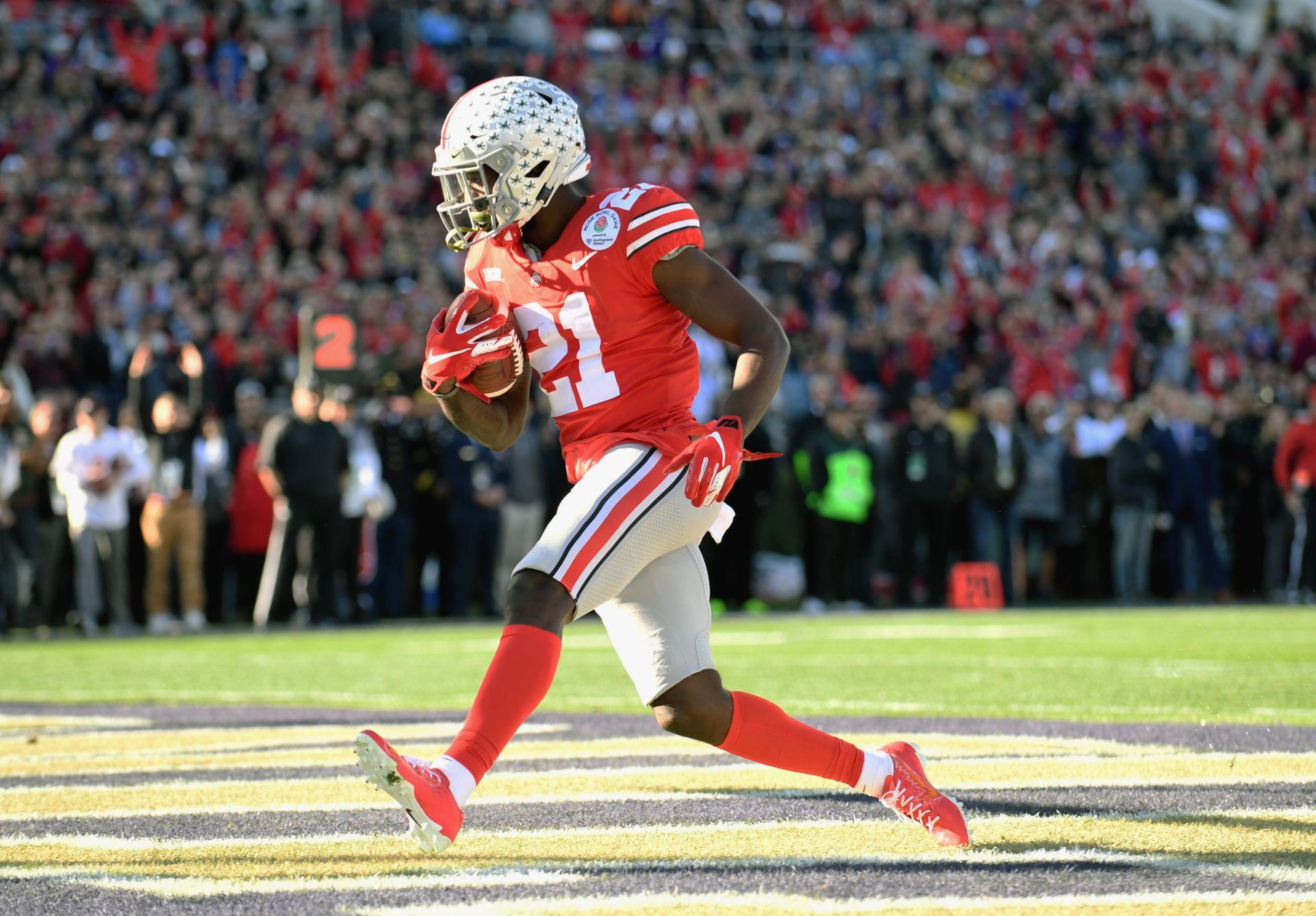 Campbell's stock took a big jump this year when he came out and ran a 4.31 40-yard dash at the combine.

That is all well and good and has some teams now considering him as a day two prospect, and if Al Davis were alive he would probably go in the top 10. But his issue was never his speed. His issue has always been whether he could catch. And spoiler alert, he is not Michael Thomas.

Campbell has had big problems with drops in his career and had he not had those issues at Ohio State, there is a good chance the Buckeyes would not have had to come back against Penn State this year. That game got Dwayne Haskins rattled and probably is a spot many scouts will point to demonstrate why they have some questions about the Ohio State QB. But we digress.

The point is, Campbell has questions about both his hands and his route-running as the Buckeyes did not run a traditional route tree under Urban Meyer. If he gets up into the early second round, that will probably be too high of a selection and one that was made because a team fell in love with what they saw on the stopwatch rather than what they perceived on tape. 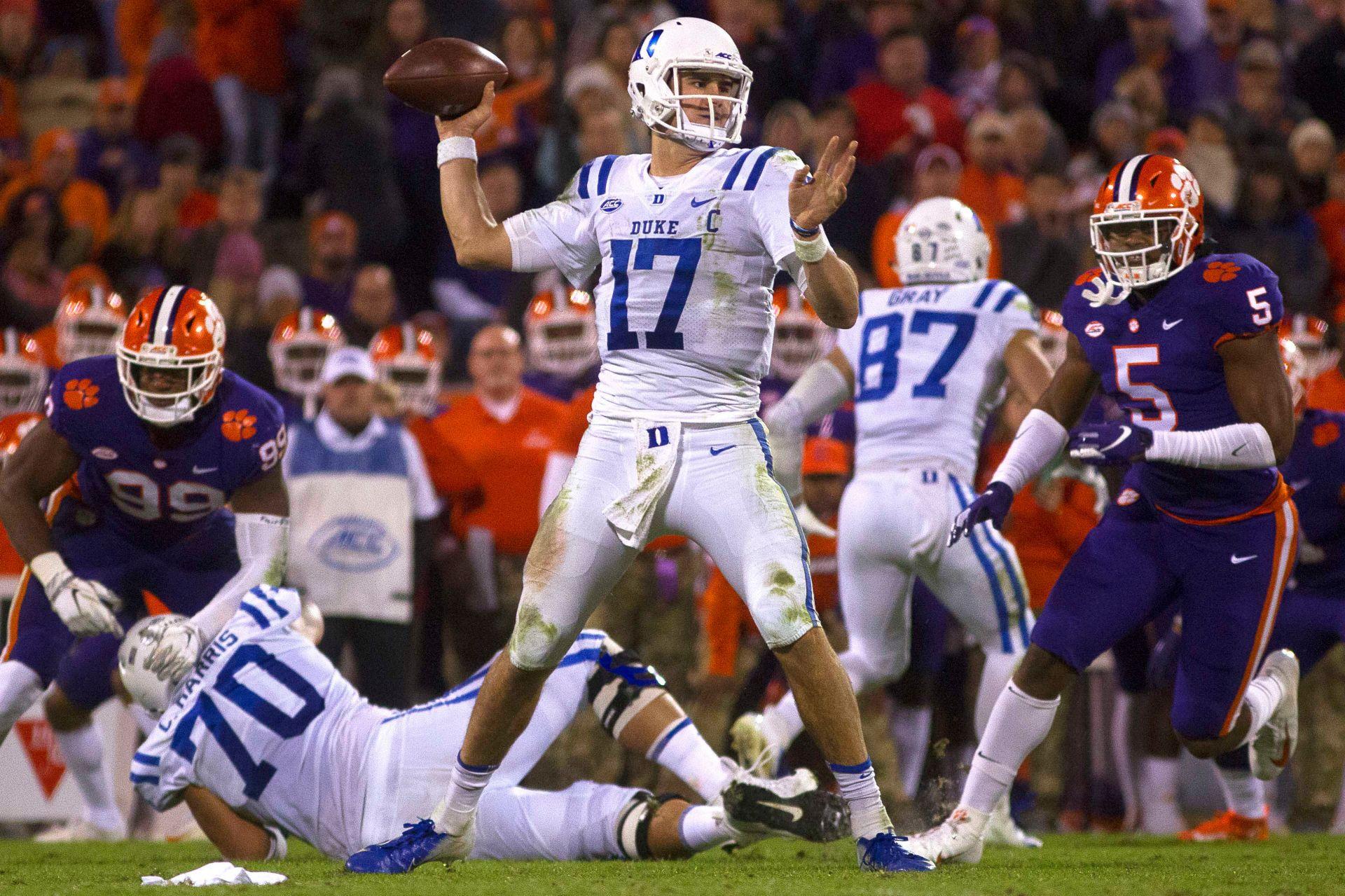 Jones is the classic case of quarterbacks being drafted before they should be, and he will be, mark our words. Assuming Kyler Murray goes number one — which honestly may be a pretty big assumption — quarterbacks will start to come off the board quickly like they always do. If Murray goes first, we could very well see Jones go off the board at number 15 to the Washington Redskins and that is just too high.

While Gil Brandt compared Jones to Peyton Manning, which might be a bit of an overstatement, the Hall of Famer did give an exact evaluation of who Jones is — he is a big guy (6-5), who does not have great arm strength and features pretty darn good mobility. Those are all great traits, but unless Jones falls to the perfect spot, it may not matter.

Jones is a developmental player who has a good amount of starts (36), but not a ton of passes thrown and kind of flew under the radar so he did not have a ton of pressure on him. If a team take him high, they will have to start him pretty soon and that is not the best recipe for him. Now, if he gets drafted by the New England Patriots at the end of the first round that is another story, but if he goes in the top 20 or even the top 15, he could have a rough go of it. This one is more of a question mark than it is a pure overrated statement. Again, Gary is a guy who checks all the boxes: He is 6-5, 283 pounds as a defensive end, he is crazy fast for that size running a 4.58 40-yard dash and shows flashes of dominance off the edge at Michigan.

But with guys like that, stats do matter a touch. Like with Mississippi State defensive end Montez Sweat, while people may not have known him when he ran a 4.40 40-yard dash, it is easy to match up that speed with his production as he tallied 23.5 sacks with the Bulldogs in his career and 22.5 in his last two years there. His measurements match his production. With Gary, that really is not the case.

Gary tallied 9.5 sacks in three years at Michigan. He is a physical freak, how does that happen? Now, he was surrounded by gobs of talent with the Wolverines so that could have held down his numbers, but he could not tally more than 6.5 sacks in a season with his talent? That might be a red flag. We will see if his talent turns into production in the pros, but like with Lock, the NFL does not get easier. So, Gary might not all of a sudden become a sack artist the team that take him expect him to be.

Steelers vs. Titans Postponed Due To COVID-19