There's no telling what will happen in the NFC East.

If past is prelude, then chaos will likely reign in the division again this year, as there are quite a few interesting situations that need to be tracked.

Eli Manning and Daniel Jones are battling for the support of New Yorks Giants fans, the Philadelphia Eagles' success is based on whether Carson Wentz can hold up for an entire season, and Ezekiel Elliott's holdout in hopes of becoming one of the NFL's highest-paid running backs overshadowed the Dallas Cowboys.

Meanwhile, the Washington Redskins are looking to rebound from a year in which they lost not one but two signal-callers to season-ending leg injuries - and they have put their faith in Case Keenum.

No team has won the division in consecutive years since the Eagles won three straight NFC East titles in 2002, 2003 and 2004, so anything could happen. 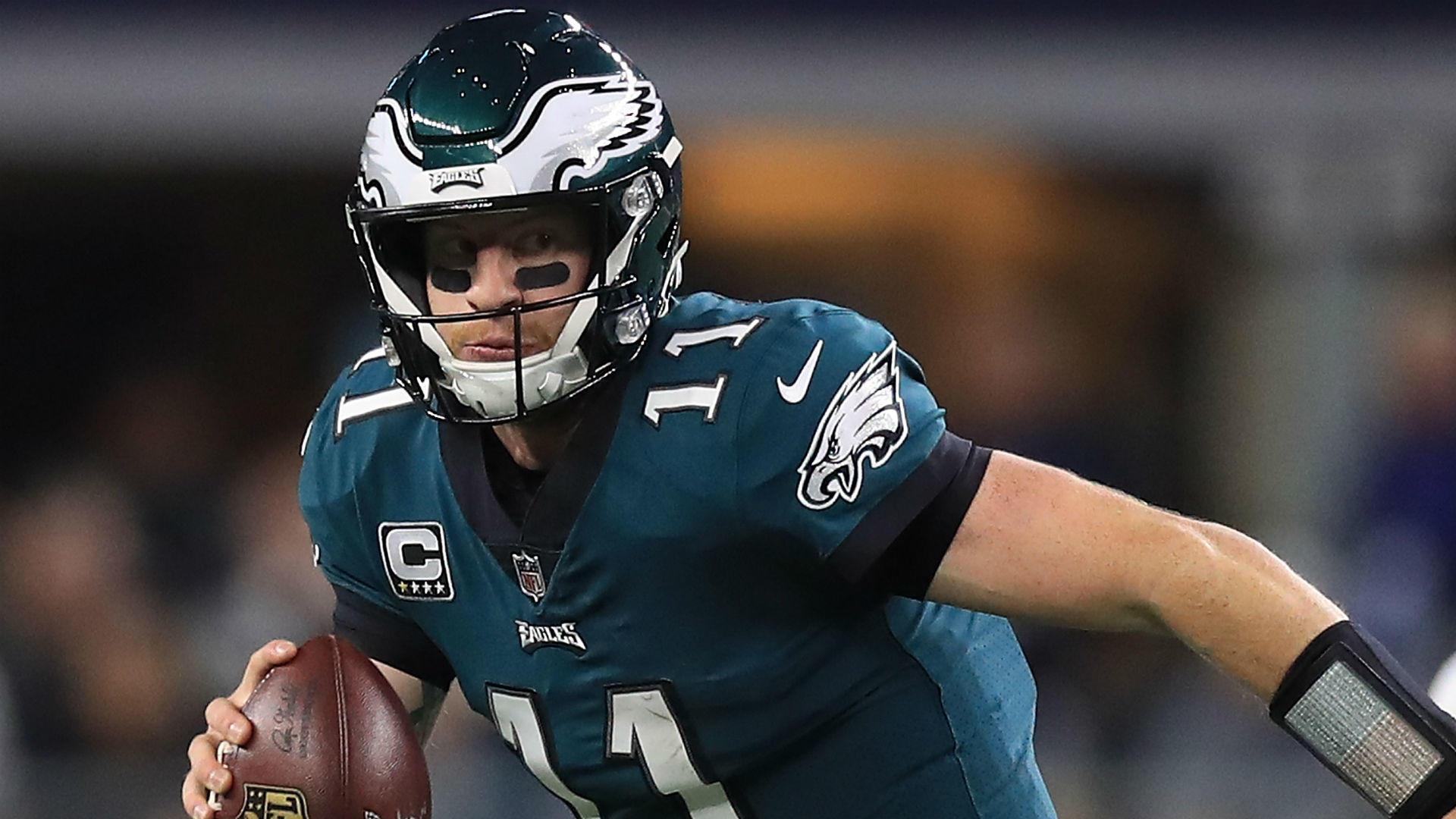 Wentz undoubtedly has MVP-calibre talent, but he needs to stay healthy in order for Philadelphia to have any shot this year. The 26-year-old has thrown for 10,152 yards and 70 touchdowns in three NFL seasons - actually two and a half seasons, considering he has played in only 40 games because of injuries.

Speaking of injuries: Wentz hasn't managed to play in a single playoff game, as now-Jacksonville Jaguars quarterback Nick Foles took over for the Eagles in the postseason in each of the last two years.

Wentz has weapons like Alshon Jeffery, DeSean Jackson and Zach Ertz at his disposal, so Philadelphia appear to be built for success on paper. If Wentz can start (and finish) at least 14 games and is in relatively good shape at the end of the regular season, he could very well live up the expectations set by the four-year, $128million extension he signed this offseason and be the best quarterback in the NFC East in 2019.

"I feel like I'm just mentally in a much different place, and physically I feel good too," Wentz said, via Philly.com. "A little more relaxed, you could probably say."

He's a natural when it comes extending plays to make something out of nothing, but his knack for this also increases his risk of injury. Wentz, 26, will need to choose his battles and know when to throw the ball away or take a sack in 2019. Moderation will be key in what could be his biggest season yet. Derrius Guice technically isn't a rookie, as he was drafted by Washington as a second-rounder in the 2018 NFL Draft. But he did miss all of what would have been his rookie campaign after tearing his ACL in the preseason. Expect big things from this explosive running back in 2019.

Adrian Peterson eclipsed 1000 rushing yards last season, but Washington's Jay Gruden has already made it clear he expects Guice to handle the bulk of the carries.

"It's not so much about Samaje as it is about Derrius Guice, how much faith we have in him to carry the ball," Gruden said, via the Washington Post. "We drafted him for a reason. We feel like he can be a first-, second- and even third-down back if needed. The offense, carries-wise, will probably go through him, pretty much."

The 22-year-old ran for more than 1,000 yards in two of his three seasons at LSU and even led the SEC in rushing yards as a sophomore.

Washington's lack of depth at receiver and questionable quarterback situation will likely force them to pound the ground with their top option early and often. 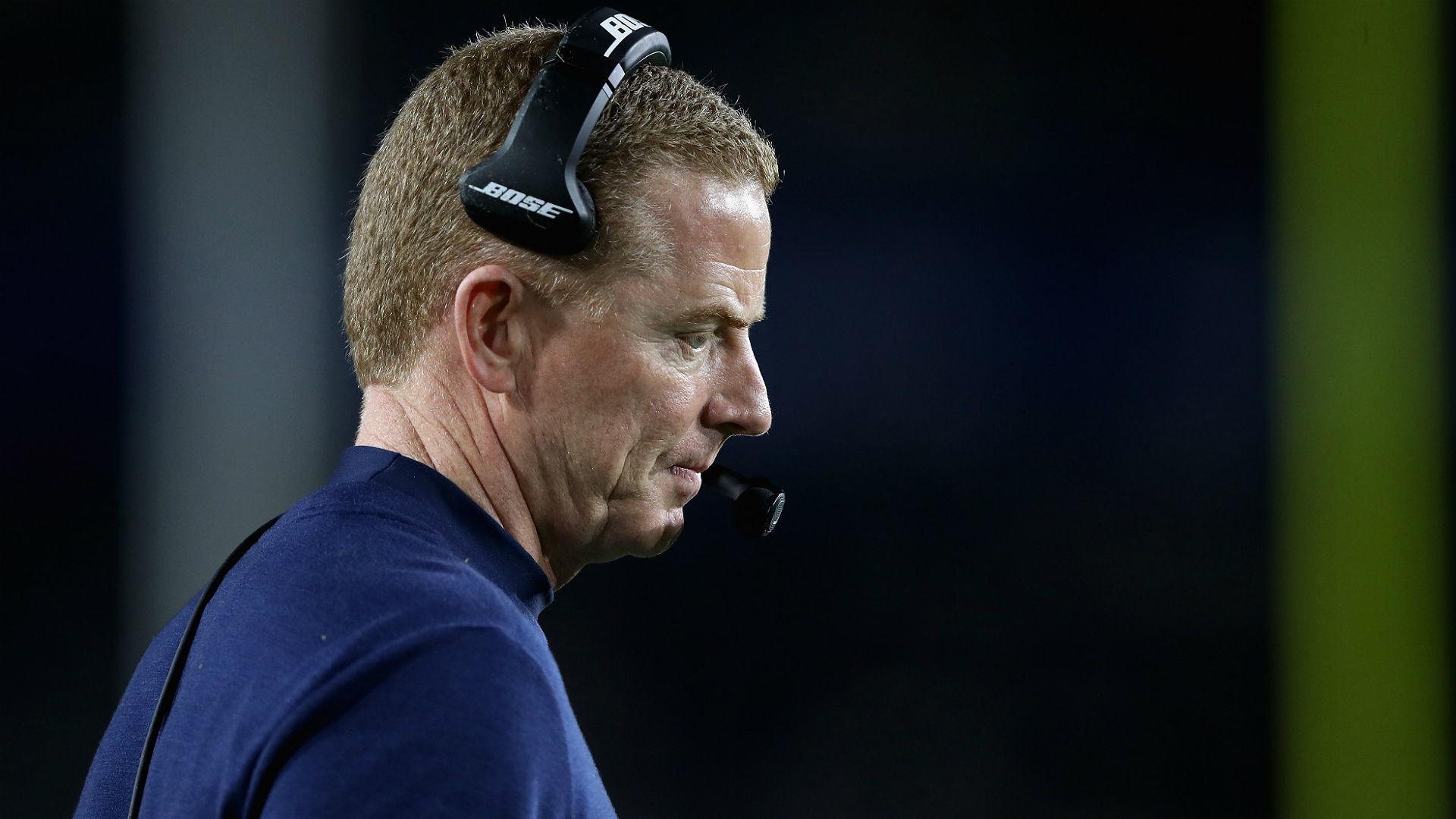 Jason Garrett is entering his ninth full season as Dallas' head coach since going 5-3 as their interim in 2010, and he simply has to do more with the talent he has. Garrett has arguably the best running back in the NFL in Ezekiel Elliott, a talented dual-threat quarterback in Dak Prescott and one of the games more dynamic receivers in Amari Cooper. The Cowboys also have a top-flight defensive line.

But Dallas have won only two playoff games under Garrett, despite winning the NFC East three times during his reign.

Garrett's five-year, $30million contract he signed in 2014 is nearing its end, and this might be his make-or-break season.

Garrett downplays any pressure - for a third consecutive season.

"Our biggest focus is on what we need to do to be our best as players and coaches and the rest of that stuff will take care of itself," he said, via the Fort Worth Star-Telegram. 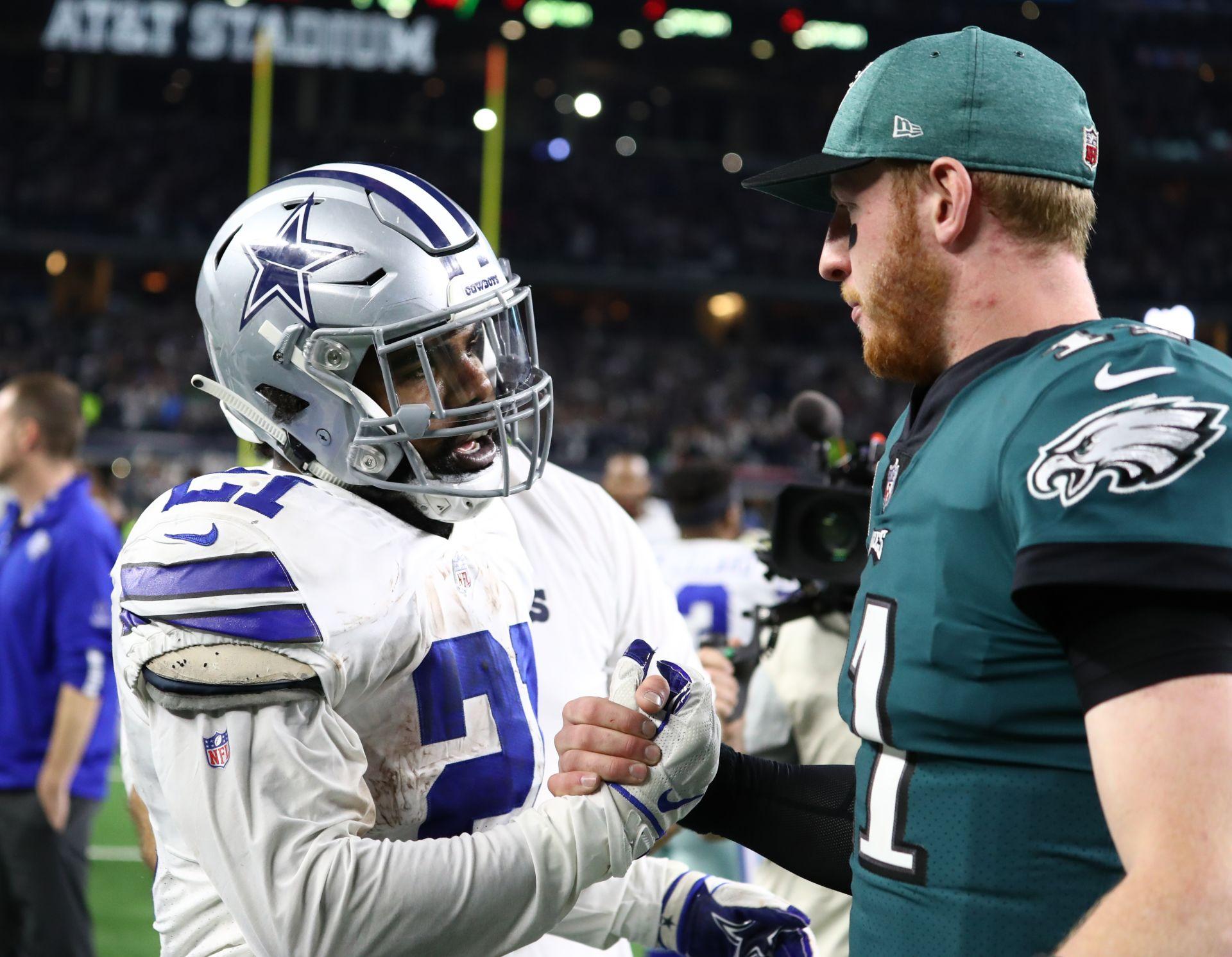 It's easy to see that Dallas and Philadelphia are the two teams in the NFC East with the most talent. There's no quarterback controversy and each team's top skill players have defined roles and most have proved they can perform at a high level.

The Cowboys and Eagles will likely be the two teams fighting for a division title as the regular season comes to a close, so this Week 16 matchup could seriously affect the playoff picture.

It wouldn't be that surprising if this game outright determined which side takes the cake. We're just going to stick with recent trends in predicting how the season shakes out. Since no team has repeated as division champ in the NFC East in 15 years, the Eagles will dethrone the Cowboys. But Dallas shouldn't be too far behind.

It's a toss-up between the Giants and Redskins when it comes to third and fourth place.