The Oklahoma City Thunder appear to have entered rebuild mode - and Russell Westbrook could be the next star out the door.

With Kawhi Leonard having persuaded Paul George to leave the Thunder and join him at the Los Angeles Clippers, eight-time NBA All-Star Westbrook is understood to be open to the idea of ending his stay with the franchise.

The 30-year-old point guard, who has undergone a series of operations on his right knee, could prove difficult to move on, though. He has four years and over $160million remaining on the mammoth contract extension he signed in September 2017.

Still, we take a look at the teams that could offer Westbrook a new home. After trading away franchise player Kristaps Porzingis, losing out on top free agents Kevin Durant and Kyrie Irving to the Brooklyn Nets and missing the chance to draft Zion Williamson, the Knicks will no doubt be keen to get a star on board.

They would have to wait until December to put together a package including players who they have recently signed, however. 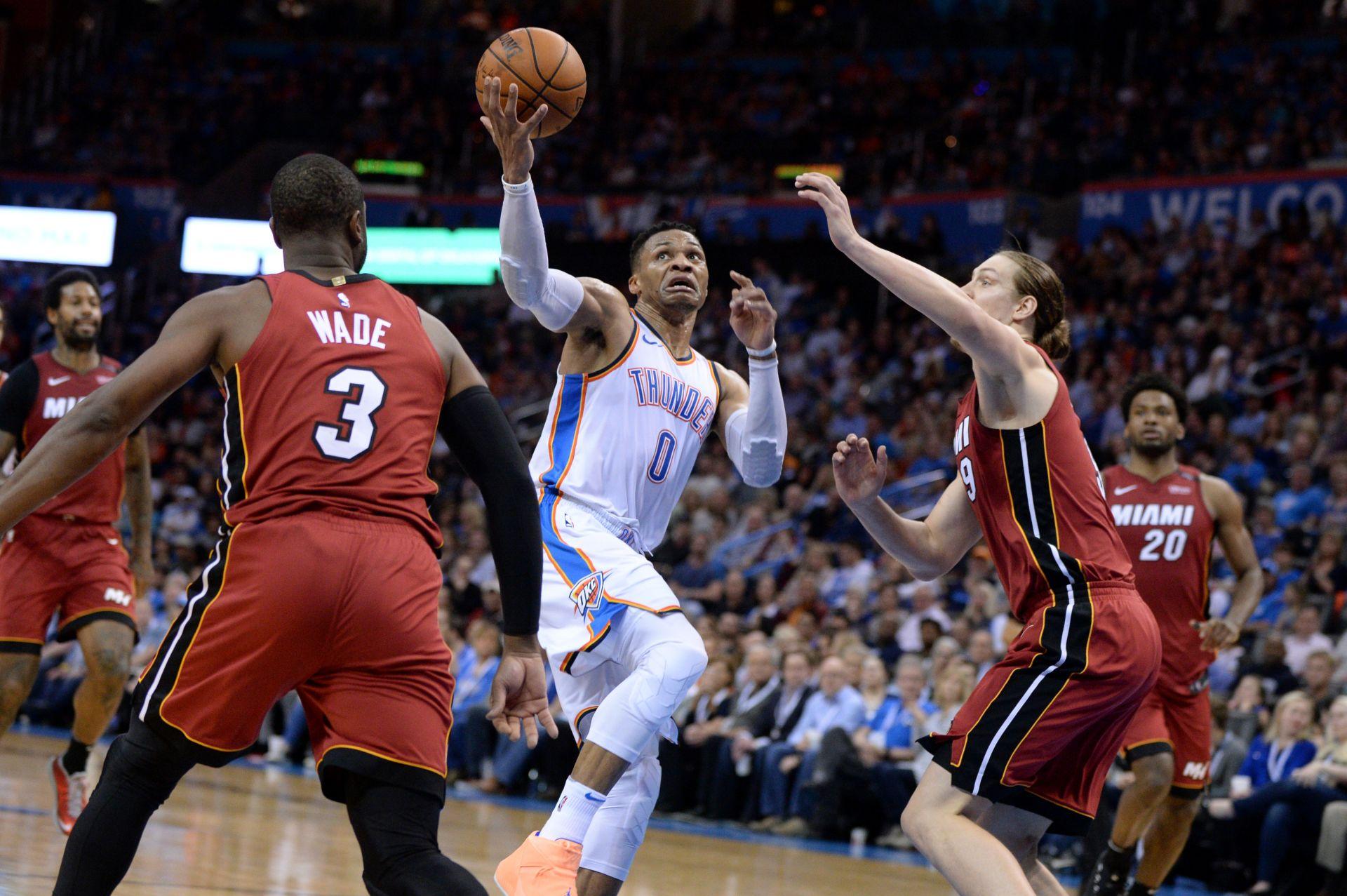 Having already signed Jimmy Butler in free agency, Miami is understood to be a destination that appeals to Westbrook.

The Heat have already got Hassan Whiteside off their books and could offer the favourable contracts of talented duo Goran Dragic and Justise Winslow, but a lack of draft capital to offer may prove troublesome.

A move for Westbrook would likely require the Pistons' All-Star center Andre Drummond to head the other way. Still, Detroit's issue is the other salaries they could use in any deal; those contracts run for longer than the Thunder will surely have in mind for any new arrivals.

However, combining the former MVP with Blake Griffin would offer them a greater chance of success in a much-changed Eastern Conference.

The Timberwolves reportedly narrowly missed out on signing D'Angelo Russell, who joined the Golden State Warriors in a sign-and-trade deal that sent Durant to the Nets.

Exchanging Andrew Wiggins' contract, which has four years and more than $120m remaining, for Westbrook undoubtedly presents them an improved chance of contending this season.

Yet such an agreement would again rely on significant draft picks being offered.

Putting Westbrook on a team with two other ball-dominant players in James Harden and Chris Paul sounds like a crazy idea, but that has not stopped the Houston Rockets reportedly taking an interest. The Cleveland Cavaliers are expected to trade Kevin Love and focus on a rebuild at some stage, though they could scrap that and pair him with Westbrook to make themselves relevant once again.