Davis has starred since joining the Lakers from the New Orleans Pelicans in a blockbuster trade prior to the start of the NBA season.

The All-Star will be a free agent at the end of the season and there has continued to be talk of a switch to the Bulls for the Chicago-born centre.

Asked if he would consider returning home to play for the Bulls in a Q&A segment at a Nike-sponsored event on Monday, Davis said: "Honestly, it's nothing like playing at home.

Leading the @Lakers to a 3-0 record in Week 2, @AntDavis23 was named Western Conference Player of the Week! #LakeShow pic.twitter.com/IuOUUmvMhb

On the talent being produced by his hometown Chicago, Davis added: "I mean, it is. We've got the best basketball players ever.

"You look at the history with all the guys we've got that made the league and even the guys that didn't make the league. They say New York, but it's not even close."

Davis is averaging 28.5 points, 11.5 rebounds and 3.0 blocks in his first season alongside LeBron James with the Lakers. 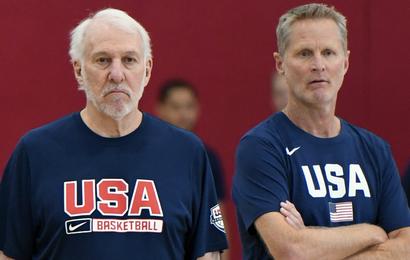