After 18 rounds, some of the greatest races in history and three new World Champions, it’s almost time to bring the curtain down on 2019. And that means it’s time for Valencia; a return to European turf and temperatures and the awesome atmosphere in the amphitheatre that is the Circuit Ricardo Tormo. From nearly every seat you can see nearly every square inch of track, making it quite the stage for a finale.

Marc Marquez (Repsol Honda Team) arrives already part-way through his sixth term as the king of MotoGP, but there’s still more than personal glory on the line. The team standings have Repsol Honda and Ducati facing off in the final round, and Marquez has already played a huge part in getting them there. Can he secure the title and therefore the triple crown?

It all comes down to the last round! 🙌

Who will be the winner of the inaugural FIM Enel #MotoE World Cup? 🏆#ValenciaGP 🇪🇸 | 📰https://t.co/vsnqAMDFC6

Andrea Dovizioso (Ducati Team) and teammate Danilo Petrucci will be gunning to stop him, with one already secure in second overall and the other looking to bounce back. And what of Jorge Lorenzo (Repsol Honda Team)? It’s been a tough run for the five-time World Champion as he continues his recovery to full fitness and adaptation to the Honda, but this is turf he knows better than most – and has utterly dominated in the past.

It must be Maverick Viñales (Monster Energy Yamaha MotoGP) who arrives with the momentum, however. After outpacing Marquez in Australia but finding himself unable to outrace him, Malaysia saw the number 12 put in one of his best ever rides to cross the line in his own postcode out front. He’s got some good memories at Valencia too, most notably winning the 2013 Moto3™ Championship at the very last corner on the very last lap, so he’ll likely be top of the watch list for his rivals. And he has to be for one rival in particular: Alex Rins (Team Suzuki Ecstar).

Rins has had a tougher run of it since his incredible victory at Silverstone, and the Spaniard is now seven points behind Viñales in the fight for third overall. That means he’ll need to beat him and by a margin if he’s to end the season in the top three, so he’ll be pushing hard for that. But rookie teammate Joan Mir has been giving him something to think about of late too, and that battle seems set to only get closer…

The rookie on a roll was, is and likely will be someone else though: Fabio Quartararo (Petronas Yamaha SRT). Race day at Sepang was tougher than Saturday, but he’d broken the lap record a handful of times by the time the lights went out – and outfoxed Marquez’ Q2 tactics. He’s got one more chance to win a race, and plenty more on the line: he’s just ahead of nine-time World Champion Valentino Rossi (Monster Energy Yamaha MotoGP) as we arrive, and that would be something for the CV in a debut year. Valencia hasn’t always proven the best track for ‘The Doctor’ either, so could it swing the Frenchman’s way?

There’s a bigger prize Quartararo is up for though: top Independent Team rider. With a healthy 23-point advantage over Jack Miller (Pramac Racing) – his only remaining rival for the title – it seems a formality in some ways, but never say never, especially with Jack Miller. In terms of top Independent Team rider in the race the two will likely have company from Cal Crutchlow (LCR Honda Castrol) and Franco Morbidelli (Petronas Yamaha SRT) too, and a good few gazes will also be watching Johann Zarco (LCR Honda Idemitsu) in his third ride on the Honda. Sepang ended early through no fault of his own – how will the season end?

12 months ago, meanwhile, the season ended on a serious high for Red Bull KTM Factory Racing. Pol Espargaro put in one of the rides of his career in the wet to take third place; his first premier class podium and KTM’s first too. The hard work continues for the Austrian factory but the good memories at the track will be a nice reminder that it’s already been paying off, sometimes in a big way. There’s no Miguel Oliveira at Red Bull KTM Tech 3 this weekend either, with Iker Lecuona debuting one race early as an injury replacement – so that’s something to watch out for too.

RESPECT between legends of the sport 🙌

This is how @ValeYellow46 congratulated #MotoGP Legend @26_DaniPedrosa right after the Spaniard finished the last GP race of his career at the 2018 #ValenciaGP 🏁 pic.twitter.com/cLHmvdvLD6

Finally, Aprilia Racing Team Gresini will be hoping for more of their Australia glory. It’s been a tougher season for the Noale factory but Valencia is another chance to equal those best yet results. For Aleix Espargaro it’s home turf, for Andrea Iannone it’s very well known turf. Can they make another assault on the top six?

Next season the counter will be hitting 20 as the paddock rolls back in to Valencia, and that season starts on Tuesday in the preseason test. For many it will be a new era, for some simply chance to reset and start afresh with their plans to take over the world. But before then, the last 25 points await whoever dares to claim them, be it for pride or pivotal places in the standings.

Watch the final fireworks of the 2019 MotoGP season this weekend, with the lights out for the premier class at 14:00 (GMT +1) on Sunday. 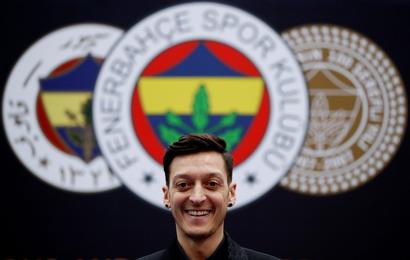