Roger Hayden and Josh Hayes have been at this racing game for a long time. They are the two with the longest tenure in the MotoAmerica paddock, even though most put that tag on Hayes because he was a late starter and it seems as though he’s been around a lot longer than Hayden. He’s also 41 years old, which automatically puts you into the veteran category. Hayden seems to be getting better with age and his 2016 and 2017 seasons were the best of his Superbike career; Hayes, meanwhile, raced through the season with the looming question hanging over his head of whether or not this was his swan song in the series. In round three of the 2017 MotoAmerica Series, the MotoAmerica Championship of Virginia at VIRginia International Raceway, the two veterans won on the same weekend, splitting victories in the pair of Motul Superbike races. 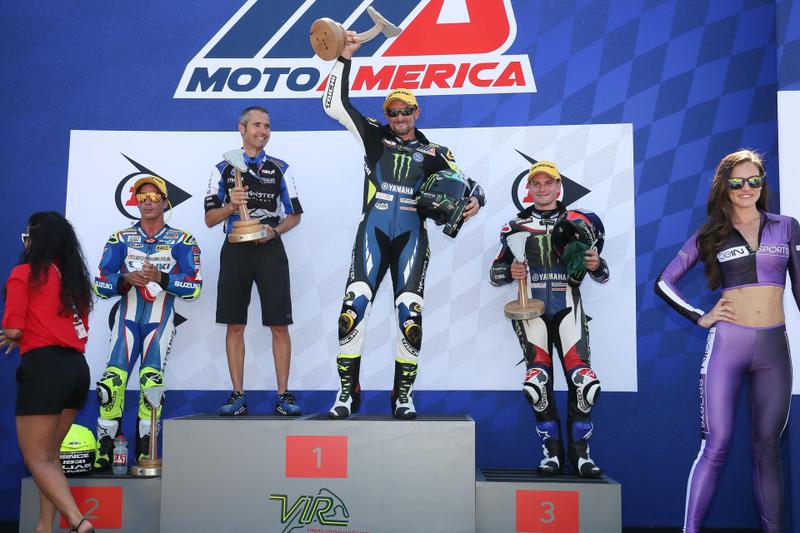 Saturday’s race had the most drama when championship points leader Toni Elias was taken out in the closing stages of the race by Josh Herrin while running second behind his Yoshimura Suzuki teammate Hayden. The pair were at the top of the Rollercoaster when Herrin tried a rather daft pass on the Spaniard, taking them both out and consequently coming under fire from Elias, Hayden… and seemingly everyone else in the paddock.

“In some way, this is racing and Josh (Herrin) came and said, ‘Hey, sorry,’ but you cannot race like this,” Elias began in what may be the quote of the season. “Not for me only, but for the others. You can’t risk every race… Okay, I understand he is trying to show the potential, but you cannot risk Roger Hayden’s championship, Josh Hayes’ or Cameron Beaubier’s championship because you need to show your potential… we have a brain to think and I don’t think this is the way to use the brain.”

If Hayden’s victory, the fifth of his Superbike career, was impressive (he led the last 16 laps), then Beaubier’s ride to second was equally so after he came from dead last to second after an off-track excursion early in the race.

For the second time on the season, Bobby Fong put his Superstock 1000-spec Quicksilver Latus Motors Kawasaki on the Superbike podium while taking victory in the Bazzaz Superstock 1000 class. Fong did so with a last-lap pass on Hayes on the run to the checkered flag. Hayes, who had qualified on pole at a track on which he has always excelled, had an off-track excursion that dropped him back as far as 12th. 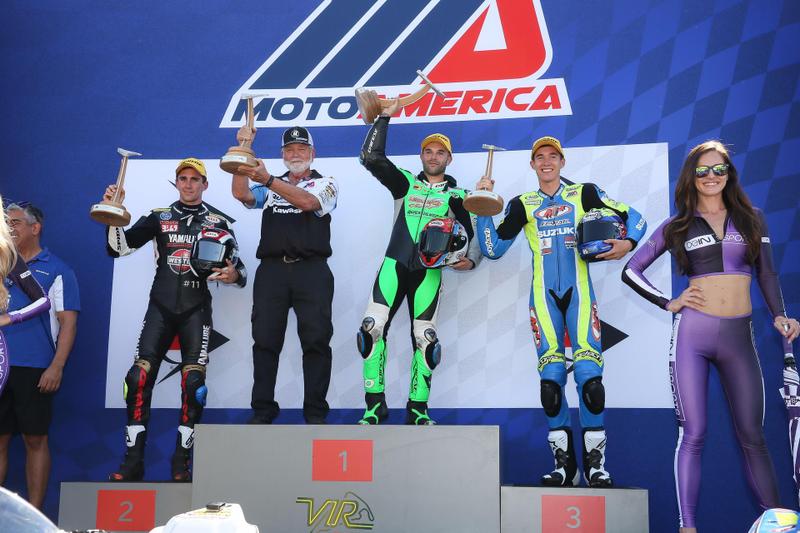 On Sunday, Hayes bounced back to score his first (and only) Superbike win of the season and the 61st of his career. The win was also the 83rd of his career across all classes, which puts him second on the all-time list – just three shy of Miguel Duhamel’s 86 victories.

Hayes led early and again when Beaubier ran off the track for the second day in a row, and he held that lead for the duration, topping Elias by 4.4 seconds. Beaubier recovered to finish third, nipping at Elias’ heels at the finish line.

Frenchman Valentin Debise held the Supersport points lead coming into VIR, but he made a complete and utter mess of it in both races, leaving the winning to the Yamaha duo of Garrett Gerloff (Saturday) and JD Beach (Sunday). The pair left Virginia separated by just four points with Gerloff in front, 106-102, after three rounds and five races. Debise tumbled (pun intended) to fourth in the standings and headed for Road America 41 points from first.

The you-win-two, I-win-two game in the Superstock 600 class continued at VIR. This time it was Michael Gilbert’s turn to run the table, the Californian using his two victories to take over at the top of the point standings.

The KTM kids were at it again at VIR with Draik Beauchamp beating his Quarterley Racing/On Track Development teammate Jackson Blackmon by .069 of a second on Saturday for his first-ever MotoAmerica victory. On Sunday, Blackmon took full advantage of the crashes around him to win his first KTM RC Cup race, the 15-year-old South Carolinian besting two 14 year olds in Canadian Alex Dumas and podium first-timer Toby Khamsouk. 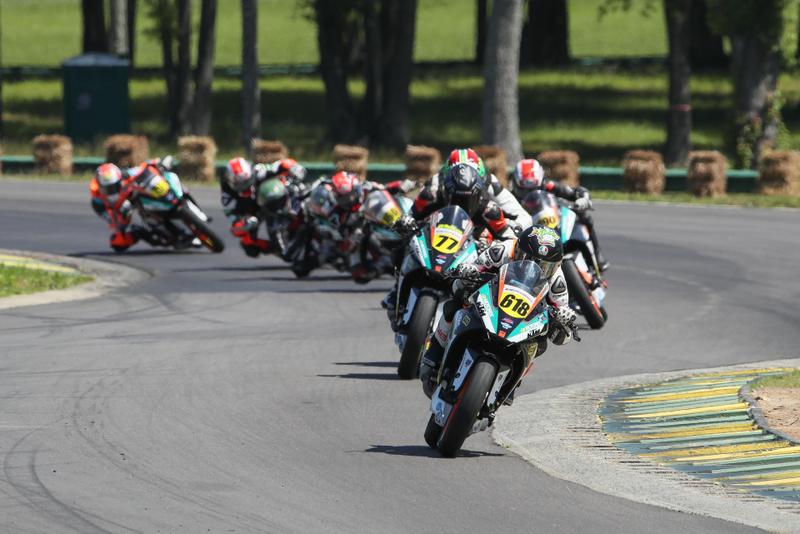 Next The Hayes Family Has Their First Baby
Read

Elias Strikes Back In Atlanta Race 2

Motorsports 2018 - The Year That Was On Two Wheels

The Orgins Of Superbike Racing