Rennes showed off their attacking talent with a thumping win against Bordeaux 6-0.

Terrier scored the first in the 32nd minute, while Bourigeaud did the same with an impressive free-kick in the 43rd. In the second half, thanks to a red card for Bordeaux to Sissokho in the 50th, Rennes had more space and scored in the 61st from Laborde, in the 69th from Truffert and two late goals by Guirassy in the 89th and 93th completed the score.

Rennes is 4th with 34 points while Bordeaux with 17 points is 17th. 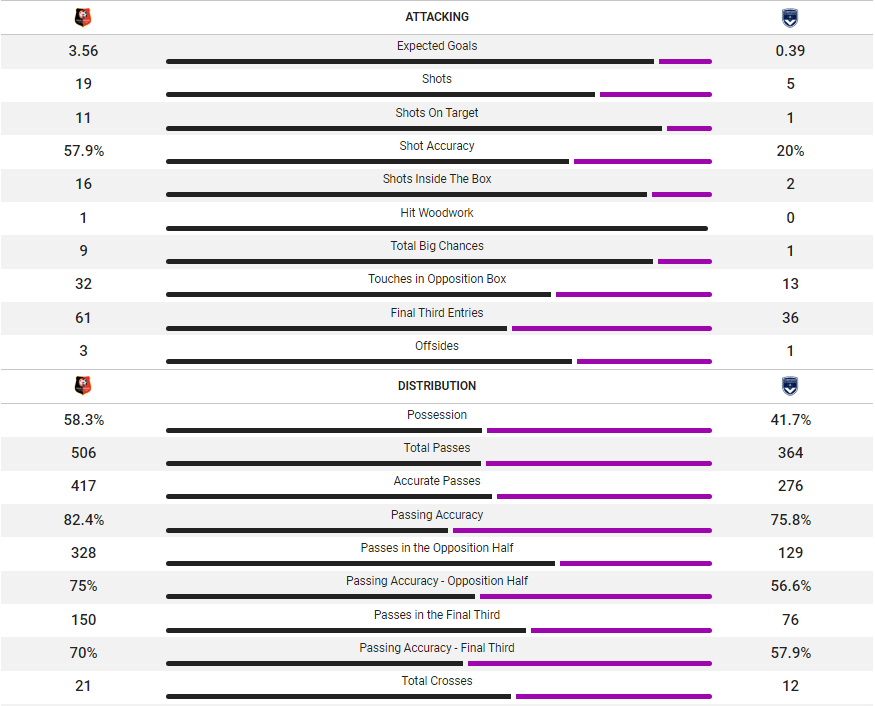 Fenerbahce draw 0-0 at home with Karagumruk

RS Berkane will play the final against the Pirates

Trabzonspor get their 1st win as Champions

Besiktas win 0-2 in their visit to Goztepe