Wesley Said scored at the 71st minute, Jean Louis Leca had an excellent performance, and Florian Sotoca added a goal and an assist to lead RC Lens to a hard-fought victory against Marseille in their visit to the Orange Vélodrome.

Sotoca (9') opened the score early for Lens quieting down the Marseille crowd. Przemyslaw Frankowski added the 0-2 at minute 27 with a perfectly placed shot from the right.

Dimitry Payet, who had a great performance for Marseille cut the lead in half at the 33rd with a free-kick and then tied it with a penalty kick.

Marseille insisted on attacking Leca but the goalkeeper was highly effective.

Said, who subbed in at the 63rd minute, found a perfect center pass from Sotoca and put it in at the 71st for the definite 2-3.

Marseille dropped the three points and close the Ligue 1 Round 8 in third place at 4-2-1 while Lens climbed up to second with a 4-3-1 balance. 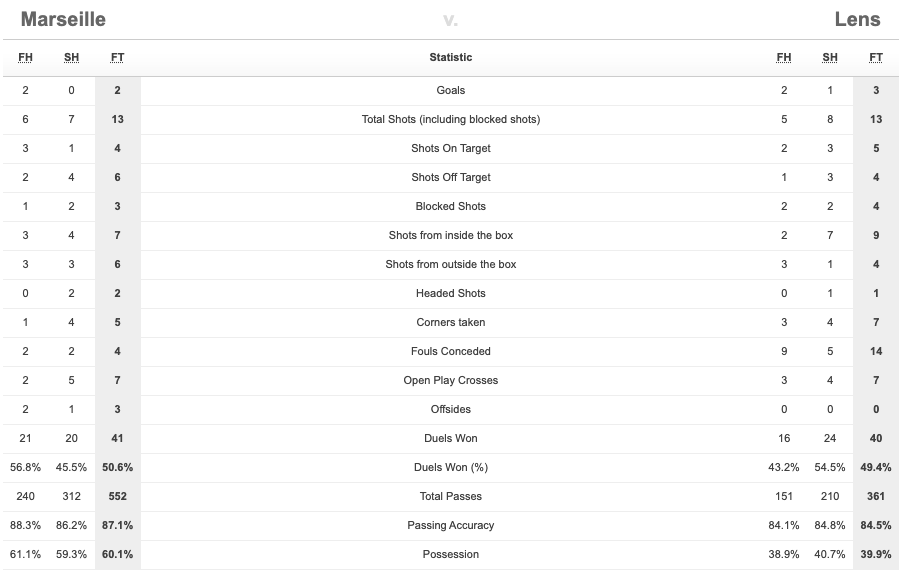 Ligue 1 Round 11: Best of Dimitri Payet

Ligue 1 Round 11: Best of Lionel Messi