Olympique de Marseille came back from a 0-1 deficit to beat FC Lorient 4-1 at home at the Velodrome in Round 10 action of France's Ligue 1.

Lorient opened the score when Armand Lauriente scored a penalty in the 13th minute. The goal was apparently all that Marseille needed to react to as they woke up and started the constant attacking from then on.

Boubacar Kamara scored the equalizer at the 27th minute before Matteo Guendouzi made it 2-1 after heading in a perfect corner shot by Dimitri Payet at the 56th mark.

Marseille's third and came at the 85th minute from the work of Arkadiusz Milik right before Guendouzi duplicated his goal production after receiving a ball inside the box just to net it in. 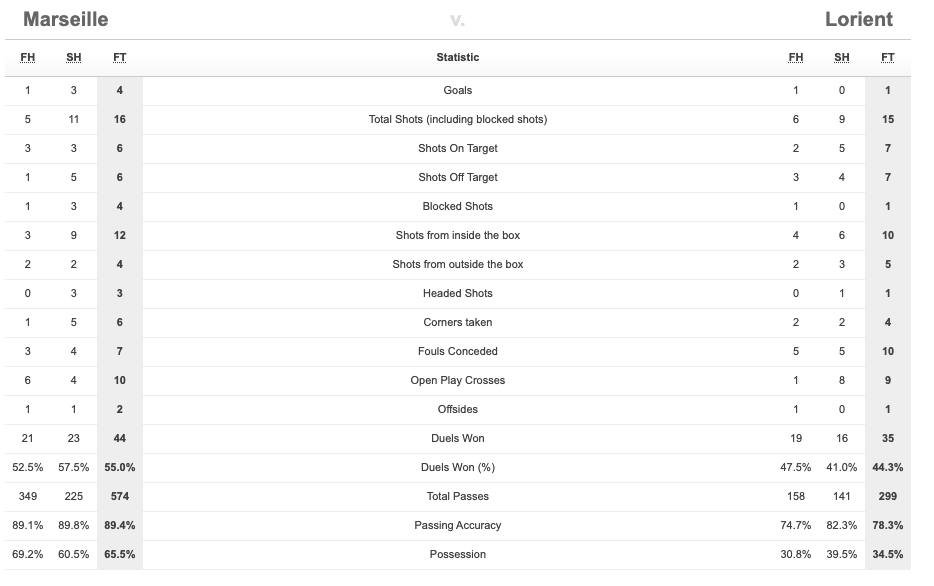