Ligue 1 games in Nice and Metz were paused in the space of a week last month after discriminatory banners were seen in the crowd.

A second-tier encounter between Nancy and Le Mans was first to be stopped earlier in August as match officials acted on new instructions to intervene in the event of homophobic chanting or displays.

"I would not stop the matches," Le Graet told France Info.

"It's a mistake, totally, because I don't want to be held hostage to homophobia. I would stop a match for racist abuse, that's clear, or for security reasons.

"It's not football but society in general that has to think about the problem, at school and in companies, everywhere."

Addressing the fans responsible, Le Graet said: "Do not come to the stadium with banners, it's as simple as that.

"You can support your team, but [homophobia is] absolutely wrong morally." 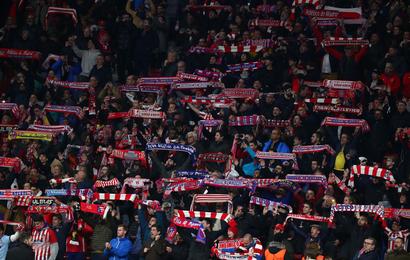