Peter Bosz has vowed to bring "attacking and attractive football" to Lyon after signing a two-year deal to become the Ligue 1 club's head coach.

The former Ajax and Borussia Dortmund boss was most recently with Bayer Leverkusen and replaces Rudi Garcia at the Lyon helm.

He takes over a club that finished fourth last season, just missing out on Champions League qualification, and the 57-year-old is eager to make his mark at Parc Olympique Lyonnais.

"I am very happy to be here, in a great club," he said at a news conference on Sunday, with his appointment having been confirmed the day before.

"I have a philosophy: to produce attacking and attractive football, because we play for the supporters, not for ourselves. But obviously, it depends on the players in the squad. I prefer technical and intelligent players."

Bosz leant heavily on youth talent at Ajax, where he reached the Europa League final in 2017, and would not hesitate to take a similar approach in his new role, which will formally begin on July 1.

"At Ajax, like at Lyon now, it was important to play the youngsters," he said. "But it does not just depend on the age: I am not scared to give young players a chance and to put faith in them. They have the qualities. At Leverkusen for example, I gave Florian Wirtz a chance when he was just 16.

"I am heading back for two more weeks of holiday, but I will of course remain in contact with Juninho to talk about the players, pre-season, the way of working. I will be thinking a lot about Lyon."

Bosz was sacked by Leverkusen in March and replaced on an interim basis by former Stuttgart boss Hannes Wolf, having endured a run of four wins in 18 matches in all competitions.

PSG prepares their clash against Lens 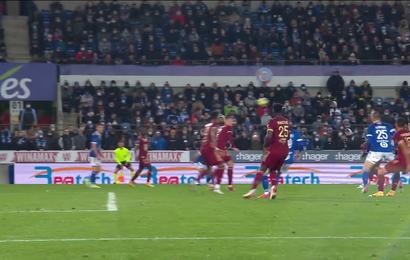