The former Paris Saint-Germain forward returns to Ligue 1 on a deal until the end of the season with the option of a permanent move.

🔴⚪️ AS Monaco is thrilled to announce forward Jean-Kévin Augustin as our latest signing! @33_augustin joins us on a loan - with an option to buy - from RB Leipzig. pic.twitter.com/d8cXTxRn6c

"I'm very happy to sign for Monaco, in this ambitious project," he told the Monaco club website.

"After two seasons in the Bundesliga, I'm looking forward to a new start in my country, and in a championship I know well.

"It's a new challenge I'm keen to take up. I'm really keen to show what I can bring to the squad to help them achieve the club's goals."

BAKAYOKO RETURNS TO MONACO ON LOAN FROM CHELSEA

Augustin moved to Leipzig from PSG in 2017 for a reported €13million and enjoyed a productive first season in Germany, scoring nine goals in 25 Bundesliga games.

However, he started just three times in the league last season and Timo Werner, Yussuf Poulsen and Ademola Lookman are now preferred options in attack for Leipzig coach Julian Nagelsmann.

Next Cyprien Penalty Equalizes For Nice Against Rennes
Read 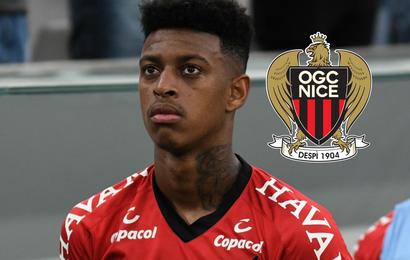