Atleti's lead could be cut to a solitary point if Barcelona beat Valladolid on Monday after Marcos Acuna's fine header handed fourth-placed Sevilla their first LaLiga win over the capital club since 2016.

Sevilla registered 12 attempts on goal in the first half, one of those seeing Oblak, who also saved a penalty against Deportivo Alaves before the international break, denying Lucas Ocampos from the spot.

Yet Atleti's luck ran out with 20 minutes remaining, Jesus Navas crossing for fellow full-back Acuna to head home and deliver a blow to Atleti's hopes of glory.

Oblak's penalty save against Alaves came in the closing stages, but Atleti needed their goalkeeper much earlier this time around.

1 - @SevillaFC_ENG's Julen Lopetegui has registered his first managerial win against Diego Simeone in all competitions, with this his sixth game against him (W1 D4 L2). Hope. pic.twitter.com/dG4cxR1Lqa

Ivan Rakitic drew a foul from Saul Niguez seven minutes in, yet Oblak stood firm to keep out Ocampos' effort, with Joan Jordan hitting the post a moment later.

Having faced more attempts on their goal during the first half than in any other game this season, Atleti almost made a fantastic start to the second period – Luis Suarez just failing to read Angel Correa's cross.

Rakitic sliced over from close range as Sevilla attempted to regain momentum, though Yassine Bounou had to be alert at the other end to keep Koke at bay.

However, Sevilla got the goal their display deserved in the 70th minute – Navas beating a poorly organised Atleti line to centre for Acuna, whose header found the right-hand corner.

Atleti wanted the goal disallowed for a handball earlier in the move, but the VAR saw no reason to rule it out.

Correa seemed destined to salvage a point in stoppage time, only for Bonou to pull off a brilliant stop and condemn Diego Simeone to just a fourth defeat against Sevilla in 23 meetings. 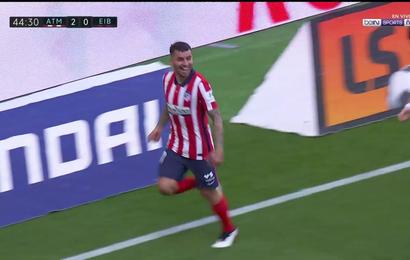 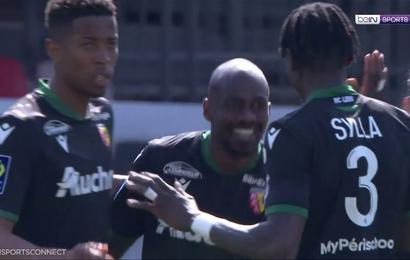 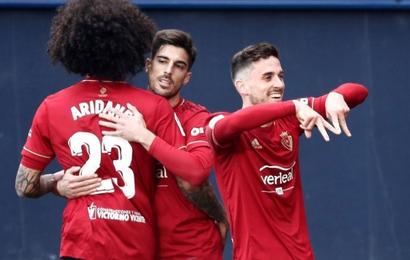