Ousmane Dembele needs to prove that he wants to play for Barcelona, according to Rivaldo, who says the Manchester United-linked winger has yet to justify his €105 million (£95m/$123m) price tag.

Barca paid big-money to bring an emerging talent to Camp Nou from Borussia Dortmund in the summer of 2017, after seeing talismanic winger Neymar complete a world-record move to Paris Saint-Germain.

Dembele was expected to fill the Brazilian's boots in the final third alongside Lionel Messi and Luis Suarez, but was ultimately unable to hit the ground running at the start of his career in Catalonia.

The Frenchman only managed to score four goals in 24 outings for the Blaugrana in his debut season, and has since dealt with a string of serious injuries which have prevented him from fulfilling his full potential.

The 23-year-old missed the majority of the 2019-20 campaign due to a hamstring issue, with Antoine Griezmann taking his spot in the Barca squad following his €120m (£109m/$141m) switch from Atletico Madrid last year.

Dembele has also been disciplined for missing training sessions during his time at Camp Nou, leading to questions over his commitment to the club's cause.

He returned to full fitness in time for the beginning of Barca's latest campaign, but still has plenty of work to do in order to earn a regular place in Ronald Koeman's squad.

Premier League giants United tried to bring Dembele in on loan before Monday's transfer deadline, and Koeman opened the door to his exit by insisting any potential deal was between the "club and the player".

However, Barca were only willing to sanction the ex-Dortmund starlet's departure on a permanent basis, and he is now destined to stay put for at least another three months, with the Red Devils being tipped to revive their interest in January.

Rivaldo has challenged Dembele to knuckle down and become a key part of Koeman's plans after the failed move to United, with it his belief that the talented attacker is capable of having a big impact if he "takes responsibility" on and off the pitch.

"Ousmane Dembele rejected a move in the transfer window. That wouldn't be a problem if he were playing regularly but that's not the case as he continues to get injured or miss training schedules and that's not good," the ex-Barca forward told Betfair.

"He is an excellent player but he needs to prove that wants to play and take responsibility. The club paid a lot for him and they aren't seeing any return from that yet. Let's see if he can show the commitment that he'll need to become an important member of Koeman's squad."

Barca supporters will certainly hope that Dembele can finally step up to the plate after seeing Suarez complete a €6 million (£5.5m/$7m) transfer to Atletico last month, which left Koeman short on options in the final third of the pitch.

Rivaldo thinks his old club should have done more to bring in someone capable of filling the void left by the Uruguayan, as he added: "Barcelona should have tried harder to sign a new striker to replace Luís Suarez. We will miss him, especially in decisive matches in the Champions League and also in La Liga against Real Madrid, Atletico or Sevilla.

"Off the field, it looks like we could have elections at the club very soon and that's not good for a team that needs stability. On the other hand, it's important to sort out the situation so that the club can move on.

"Fortunately, the team has made a decent start to the season and seems to be improving under Ronald Koeman. But of course, there remain unsolved problems from previous seasons."

Next Suarez: Messi Saw My Suffering At Barcelona
Read 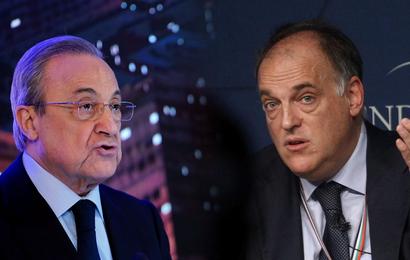 Tebas: Perez Is A Disaster As A President 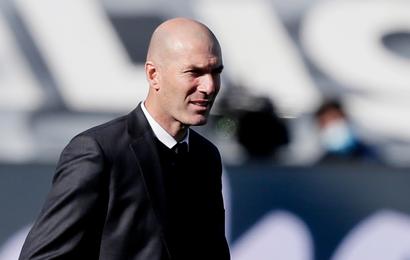 Perez: Super League Will Save Football