Porto have confirmed the sale of Brazil international defender Felipe to LaLiga side Atletico Madrid.

Veteran centre-back Felipe, 30, will join Atletico from the Portuguese giants in a €20million deal, it was announced on Monday.

Felipe – who arrived from Corinthians in 2016 and made 93 Primeira Liga appearances in three years – is set to replace outgoing captain Diego Godin.

Agreement with @FCPorto over Felipe, pending International Transfer Certificate (ITC). The centre-back is to join on July 4 for the next three seasons.
➡ https://t.co/xovSB4txLH#AúpaAtleti pic.twitter.com/ZiKOXKqjj8

A league winner with Porto in 2017-18, Felipe confirmed his exit from Estadio do Dragao earlier on Monday.

"It was three years of living intensely blue and white with a new family that I built, and that will be remembered for the rest of my life!," Felipe wrote via his official Instagram account.

"I just have to thank all the staff of the club, the board, the president, the coaches and team-mates with whom I lived in this period.

Next Zidane: Mbappe Is "Fine Where He Is" At PSG
Read 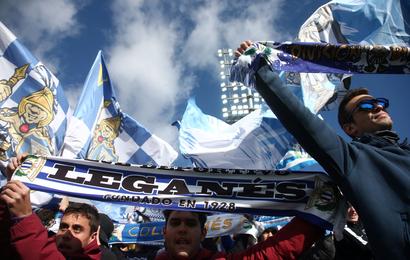 Checking In With... Marc Bartra