Serena Williams commenced her bid for a fourth French Open title with a well-earned if not entirely convincing 7-6 (7-4) 6-4 win over Kristyna Pliskova on her much-anticipated grand slam return.

The unseeded 36-year-old looked rusty and short of full fitness in her first outing at a major since her triumph at the 2017 Australian Open, which came prior to a lengthy period out of the game due to the birth of her daughter in September.

Defeats to sister Venus at Indian Wells and Naomi Osaka at the Miami Open in March cast doubt over whether she could notch a 24th grand slam singles title in Paris.

But, while she did not completely dismiss those concerns on Court Philippe Chatrier, Williams did enough to comfortably advance to round two.

The crucial moment came in the first-set tie-break when, at 3-0 down, she rattled off six straight points before taking the advantage through a Pliskova miss.

Back where she belongs...@serenawilliams announces her return to the Parisian clay in style, 7-6(4) 6-4 over Kristyna Pliskova.#RG18 pic.twitter.com/eicIMK6nrp

Neither player had been broken until that point with world number 70 Pliskova refusing to be unnerved by her star opponent, firing down 10 aces in a tightly-contested opener.

But it was an entirely different story in the second as the pair traded breaks of serve, before Williams eventually consolidated in the eighth game for a 5-3 lead.

Nerves surprisingly arose as the American attempted to serve out the match, surviving three break points, until she was handed a path to the next round when Pliskova netted on the second match point.

Williams' next assignment is a meeting with Australian 17th seed Ashleigh Barty, who eased past Natalia Vikhlyantseva in straight sets. 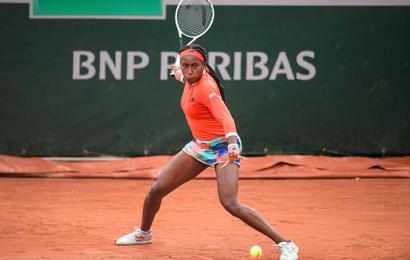