FIFA announced the 64 matches schedule for the 9th edition of the FIFA Women’s World Cup, which will be jointly hosted by Australia and New Zealand in 2023.

The opening ceremony and the first match will happen on 20th July 2023 at New Zealand’s Eden Park in Auckland. The final will take place in Stadium Australia in Sydney on 20th August.

There will be nine host cities in ten different stadiums across Australia and New Zealand. The reigning champions USA will defend the title and the other 31 countries will try to finish this tournament in the first place.

New Zealand will be hosting five matches in Auckland, seven in Wellington, six in Dunedin, and five in Hamilton. Australia will host six group-stage fixtures at the Sydney Football Stadium, five hosted in Perth and Brisbane and a further four in Melbourne and Adelaide. 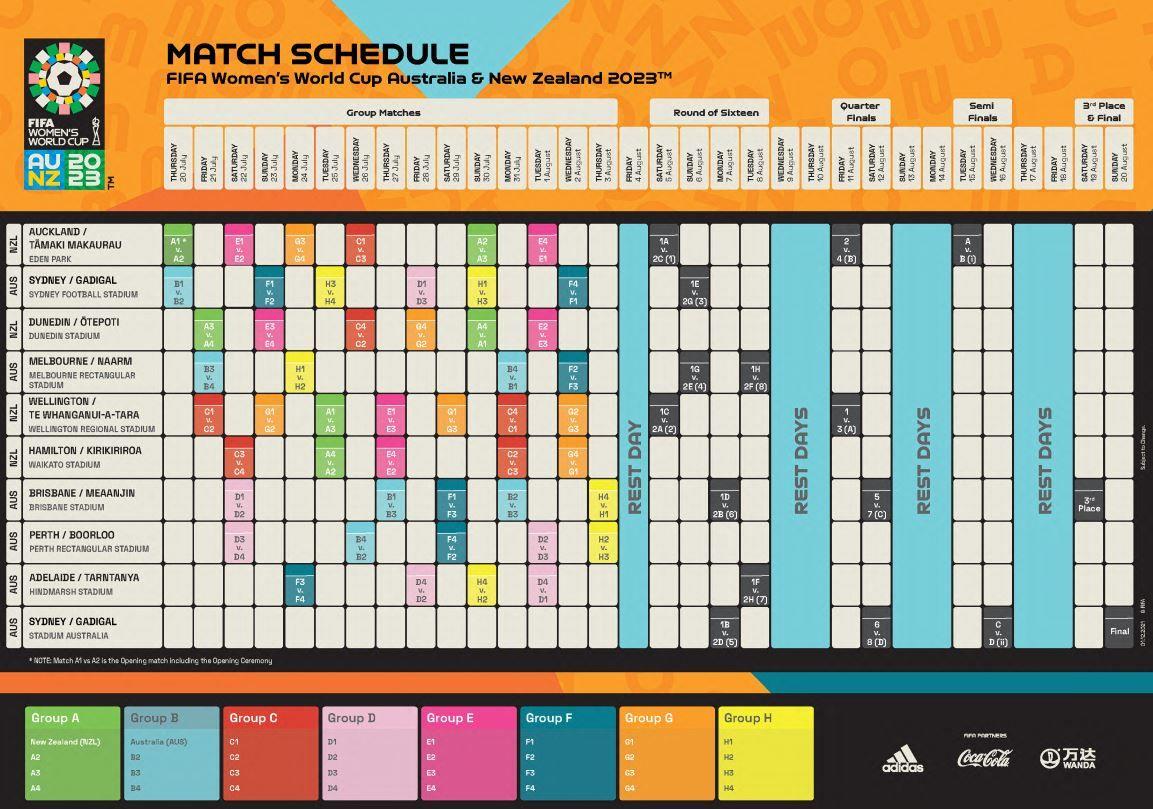 The Match Schedule for the #FIFAWWC Australia & New Zealand 2023 is now CONFIRMED!

Ellis: Others Can Decide My USWNT Legacy

Trump In Talks With FIFA Over Women's Soccer