Neto made his long-awaited international debut and Richarlison scored a brace as Brazil eased past minnows El Salvador 5-0 on Tuesday.

There were no surprises in Maryland, where captain Neymar converted his second penalty in two games, while Richarlison and Philippe Coutinho were also on target at FedEx Field.

Neymar opened the scoring when El Salvador were harshly penalised for a foul on Richarlison inside two minutes, before the latter capped his starting international debut with a stunning curled effort in the 16th minute, and Coutinho added a third on the half-hour mark.

Richarlison netted his second of the match – the Everton star producing another fine finish past Henry Hernandez five minutes into the second half – and Marquinhos completed the rout in the 90th minute.

All eyes were on goalkeeper Neto, however, after the 29-year-old ended his wait for a senior appearance following eight years and 25 games.

Fans barely had a chance to take their seats when Neymar stepped up and scored from the spot after Richarlison went down under a challenge from El Salvador's Roberto Dominguez in the second minute.

It was routine for Brazil – who defeated the United States 2-0 last time out – as Richarlison got himself on the scoresheet with a beautiful first-time shot from the edge of the area. 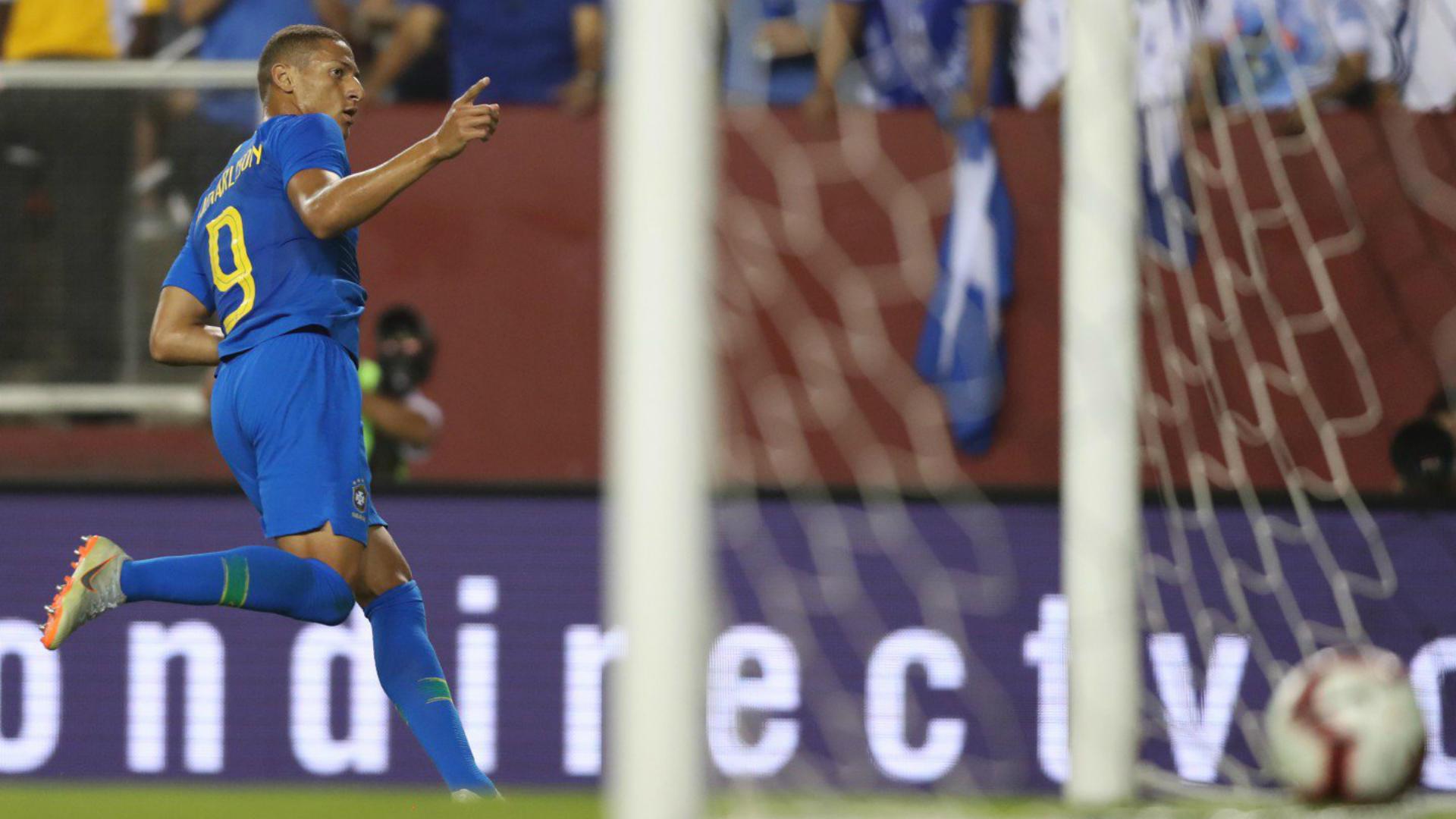 Neymar should have made it 3-0 six minutes later but his shot rattled the crossbar, though, Brazil eventually got their third in the 30th minute via Coutinho, who left the keeper stranded having received a ball from the former just outside the penalty box.

El Salvador emerged from the interval with renewed enthusiasm and attacking intent, and it caused some nervy moments for Brazil, however, it left the CONCACAF nation exposed in defence.

Richarlison was at it again in the 50th minute, firing a low shot into the bottom corner of the net as he showcased his goalscoring instincts, before Marquinhos headed home Neymar's corner at the death.

What it means: Brazil moving on from World Cup

Tite discussed the pain of Brazil's shock quarter-final exit in Russia after his side accounted for USA last week. It was not what the five-time world champions had dreamed of but back-to-back wins during the international break, regardless of the opposition, will help restore some confidence.

Pat on the back: Richarlison showing he's the real deal

The Brazilian forward has started the Premier League season like a house on fire. Three goals in as many games for Everton earned him Selecao selection and a brace on Tuesday showed he can do it on the international stage.

Boot up the backside: Referee gets it wrong?

It was always going to be an uphill battle for El Salvador but referee Jair Marrufo did not make it any easier. Dominguez appeared to have got the ball as Richarlison went down, however, the American had other ideas as he pointed to the spot amid protests.

The Selecao will return to action next month, with a showdown against South American rivals Argentina in Jeddah on October 16 the headline event following a friendly with Saudi Arabia four days earlier.