Kylian Mbappé scored four and set up another as France thrashed Kazakhstan 8-0 to seal their place at the 2022 World Cup with ease.

Going into Saturday's Group D fixture knowing a win would ensure their spot in Qatar, the reigning world champions had little trouble in brushing aside a team placed 122 places below them in FIFA's latest rankings.

Mbappé starred on his Paris Saint-Germain stomping ground, with two superb first-time finishes paving the way for him to wrap up his hat-trick with a fantastic header before he then teed up Karim Benzema after the break.

Benzema had made it 4-0 just four minutes prior, with Adrien Rabiot and Antoine Griezmann getting in on the act before Mbappe fairly had the final say in an emphatic victory.

It took just six minutes for Mbappé to get Les Bleus rolling with a cushioned, side-foot volley from Theo Hernandez's cutback.

Another six minutes followed before Mbappé struck again, drilling home after Kingsley Coman - playing at right wing-back - had got beyond the hapless Stas Pokatilov, who had rushed out of goal wildly.

Mbappe's hat-trick was completed by the 32nd minute, the forward rising between two static defenders to head in brilliantly from Coman's inch-perfect cross.

Hernandez leveled with Coman for assists when he laid it up for Benzema to prod in at the near post, and the Real Madrid striker was soon celebrating again when he finished into an empty goal after playing a delightful one-two with Mbappe.

Pokatilov managed to prevent Maksat Taykenov from bundling into his own net, with Moussa Diaby denied a goal for offside before Rabiot's close-range finish.

Vladislav Vassiljev's ludicrously late challenge on Griezmann was penalized on a VAR review, with the Atletico Madrid forward converting the resulting spot-kick before Mbappé's crisp finish finally rounded off the scoring. 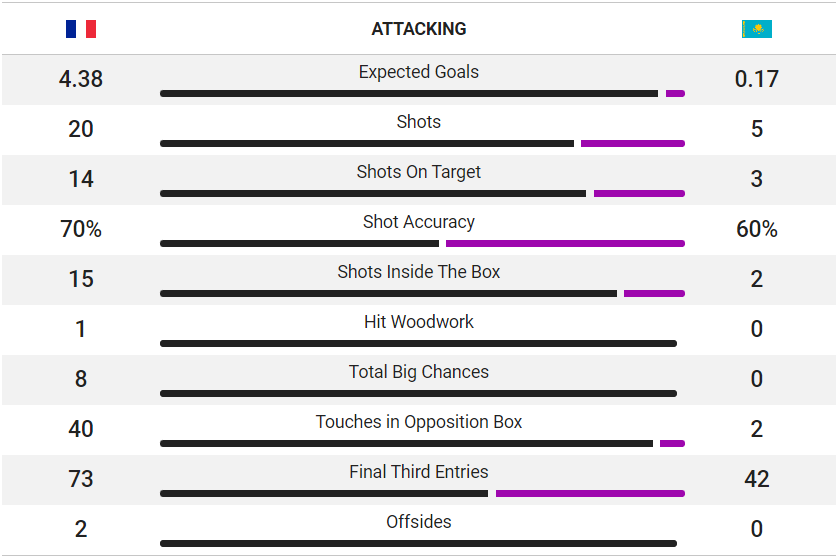 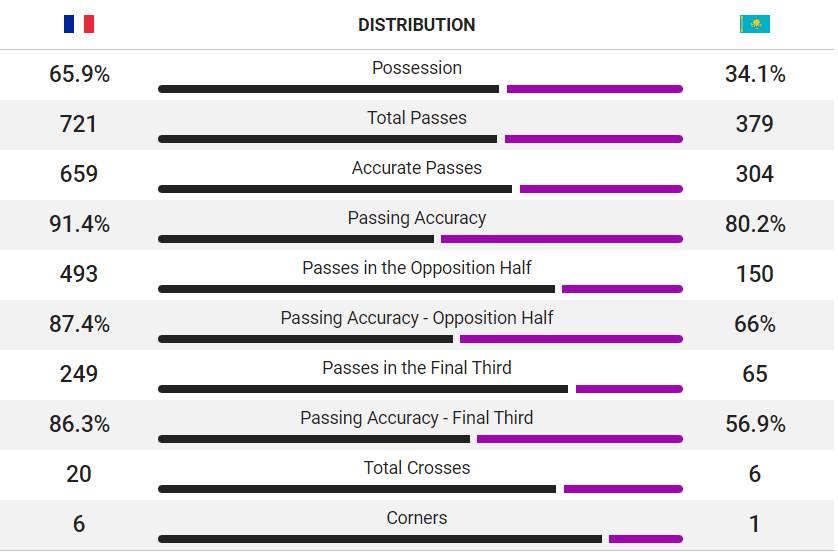