Derby County increased the pressure on Jose Mourinho as Scott Carson denied Phil Jones to secure a shock 8-7 penalty shoot-out win over 10-man Manchester United after a dramatic 2-2 draw at Old Trafford in the EFL Cup.

Marouane Fellaini's stoppage-time equaliser gave United – who had Sergio Romero sent off – a second bite, but after 15 successful penalties between the two sides, Jones saw his feeble effort saved by Carson.

The hosts wasted little time before taking the lead in the regulation 90 minutes, as Juan Mata rounded off a lovely early move, but Derby looked capable of troubling United and deservedly levelled early in the second half through Liverpool loanee Harry Wilson's stunning free-kick.

Things got more difficult for United when Romero was dismissed for handball outside his area and Derby capitalised through Jack Marriott, but Fellaini forced a shootout with a last-gasp equaliser.

United were unable to bail themselves out again, however, as Derby scored all of their spot-kicks and edged through when Jones failed from 12 yards.

Next Hazard Sends Chelsea Past Liverpool In EFL Cup
Read

Guardiola: I Would Never Coach Man Utd Or Madrid

Terry: Sarri Should Have Forced Kepa To Come Off 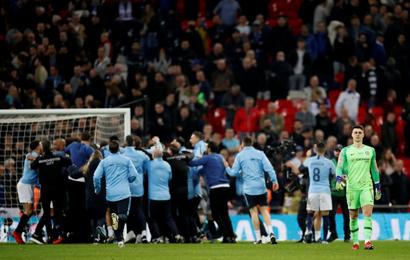 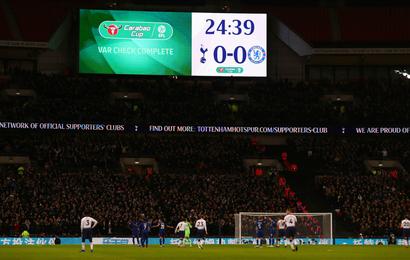 Arrest Made For Racist Offense At Spurs v Chelsea