The stakes are at vertigo-inducing levels heading into Tuesday’s Copa Libertadores Round of 16 second leg games as defending champions River Plate stare over the precipice of elimination while Olimpia pray for a miracle in front of their home fans.

The defending champions have their backs against the wall and may very well be facing an early exit from the tournament following last week’s scoreless draw at El Monumental.

Matias Suarez missing from the penalty spot with the very last kick was the biggest talking point from the first leg, and now River travel to the Mineirão desperate for a win.

But the omens don’t exactly favor the Argentine outfit.

Secondly, the Brazilian side is undefeated in its last four Copa Libertadores matches against Argentine opposition.

Following a stint with Atletico Mineiro in the Brazilian Serie A, River’s Lucas Pratto will be returning to familiar territory when he takes to the Mineirão turf.

Pratto is no stranger to Cruzeiro’s goalkeeper Fabio either. The 38-year-old shot-stopper racked up a winning head-to-head record with Pratto during the striker’s time in Brazil.

Fabio came out on top in four of their previous meetings, while Pratto only mustered a win in their first battle, when the Argentine scored a brace.

Expect this clash between goalkeeper and striker to determine which team advances to the quarterfinals.

Merely 29 minutes into the first leg of this matchup, home side Godoy Cruz had Palmeiras on the ropes. The Argentine club was up 2-0 and the Malvinas Stadium was rocking.

However, thirty minutes, one missed penalty and two Palmeiras goals later, Godoy Cruz had completely lost control of the match.

With the aggregate score all square and two away goals in their pocket, Luiz Felipe Scolari’s men can breathe a deep sigh of relief. While the battle is far from over, the defending Brazilian champion definitely dodged a bullet.

Back on home soil, expect the 1999 Copa Libertadores champions to qualify and continue their campaign as tournament favorites.

Any glimmer of hope Rodrigo Rojas’ beautiful curling effort may have provided Olimpia in the first leg was instantly squashed by Los Albos.

In just 12 minutes, Quito all but sealed the deal, sending the Rodrigo Paz Stadium into delirium with two more goals.

The only previous encounter between theses two sides on Paraguayan soil came in the 2000 group stage, in a game that ended in a 1-1 draw.

Now 3-1 down on aggregate, Olimpia will have to hope for much more than a draw. Expect LDU Quito to play defense for the vast majority of the game.

Next De Rossi Exited To Continue Career With 'Craziest
Read 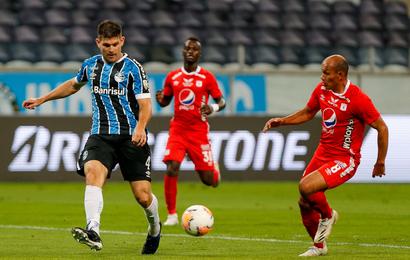 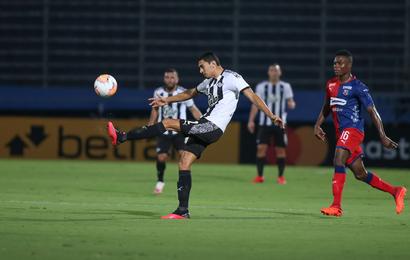 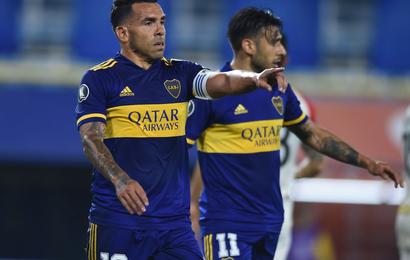 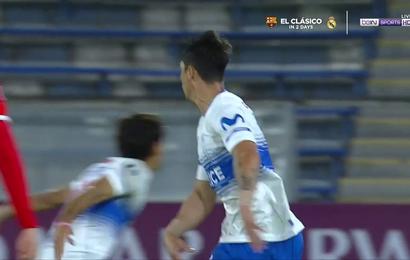