The first leg of the second stage of Copa Libertadores qualification included more drama and plot twists than a M. Night Shyamalan movie. Ahead of the second legs kicking off on Tuesday, here’s what to look out for as sixteen teams compete for eight available spots for the third and final round of qualifiers.

Danubio played their first official match of the 2019 campaign last week when they played hosts to Brazilian side Atletico Mineiro. The Uruguayan team’s performance reflected that of its fan base: absent at the start of the match and only beginning to show signs of life towards the end of the first half.

Atletico may have dominated the match, but defensive errors and a failure to capitalize on chances in the final third - due in big part to the efforts of Danubio’s short-in-stature but impressive goalkeeper, Federico Cristoforo – cost the 2013 Copa Libertadores champions a win on the road.

In the end, Danubio may have secured a draw but Galo still goes into the second leg with the upper hand. Veteran forward Ricardo Oliveira showed his worth with a brace and the Brazilians gave glimpses of their potency in the middle of the park.

Look for Ecuador international Juan Cazares to continue to be a key figure in the Belo Horizonte outfit’s offensive play.

This tie has delivered the first bit of controversy to the 2019 Libertadores.

For the neutral, the first leg of this matchup was a joy to watch; a nail-biter throughout the full 90 minutes, with action at both ends of the pitch. In fact, viewers were kept enthralled as far as the 94th minute when Xavier Arreaga scored a dramatic game-winner to give Barcelona a 2-1 edge ahead of the return leg.

Afterward, however, Defensor Sporing filed a complaint that Barcelona had used an ineligible player.

On Monday, a day before the second leg, CONMEBOL ruled in Defensor's favor, handing the Uruguayan side a retroactive 3-0 victory in the first leg.

First #Libertadores game of the season decided by the Disciplinary Tribunal! CONMEBOL have awarded Defensor Sporting a 3-0 first-leg win after Barcelona fielded an ineligible player. The side from Ecuador won in Uruguay 2-1. The return leg is tomorrow. https://t.co/lkTupGNGPT

The first leg also bore witness to an early contender for goal of the tournament when Defensor Sporting’s Alvaro Navarro teed himself up from thirty yards deep before sending a renaissance painting of a lob over a hapless Damian Frascarelli between the Barcelona pipes.

Ely Esterilla, who scored Barcelona SC’s first goal, was a constant thorn in the side of Ecuadorians’ defense with attempts on goal and second post runs behind the Defensor backline. Look for him to make some noise at home on Tuesday as the Ecuadorian hosts try to overturn their newfound deficit.

Despite leaving the Estadio Municipal de al Cisterna with a disappointing 1-1 draw, Independiente Medellin were the stronger, more consistent of the teams in the first leg.

While German Cano netted the Colombians’ only goal in the Chilean capital, Leonardo Castro was the lynchpin of Medellin’s attack, and a constant head ache for the hosts. The 26-year-old initiated the play that led to Cano’s opener and tried his luck with an audacious shot from over 25 yards out.

So long as Octavio Zambrano’s charges can reduce the number of defensive errors that were committed in the first leg, Independiente Medellin should be favorites to progress to the third round of Copa Libertadores qualifiers.

The first leg will go down as one to forget for Universidad de Chile fans. After Sebastian Ubilla ricocheted a cannon shot off Melgar’s crossbar in the 15th minute, it all went downhill.

Melgar’s youthful squad dominated the match, with Jhonny Vidales and full back Carlos Neyra in particular wreaking havoc, combining to great effect and creating acres of space for each other down the right flank. La U will need to keep a close eye on the Peruvian pair if they wish to turn things around and reach the next round.

Alexis Arias scored the only goal of the opening encounter, a long-range postage stamp screamer that, should Melgar progress, will go down in club folklore.

La U came into this tie as strong favorites, but as the first leg proved, Melgar are no pushovers. Should this young squad make it through to round three, it is definitely one to keep an eye on.

Apart from the occasional shot from outside the box, the first leg was low in the action stakes.

Libertad heads into the second leg in an advantageous position after scoring a stunning equalizer on their travels to the suffocating altitude of La Paz: Adrian Martinez cushioning a high ball with his chest, then sending it into the roof of the Bolivians' net with a ferocious volley.

More importantly, Libertad’s Colombian coach, Leonel Alvarez, has not gotten the memo that it is no longer the 1980s, and we could not be more thankful. A luscious mullet and shiny suit will certainly be on full display in Paraguay come Wednesday afternoon.

The first leg went down to the wire as Delfin made a strong push to grab a game-winner at home. However, seeing as how the Ecuadorian side opened the scoring with possibly the softest penalty call this week, perhaps justice was served.

For their part, Caracas FC got on the scoreboard through an outside-of-the-box rocket from the boot of former Columbus Crew midfielder Bernardo Añor.

One of the key factors to keep in mind for the second leg will how Caracas manages a hefty accumulation of yellow cards. The Venezuelans need to keep the fouls to a minimum if they are to make the most of home field advantage and move onto the next round.

After Juan Ramirez launched a rocket into the upper-90 in the 58th minute, the Brazilian side seemed to deflate. The back-and-forth of the first half made way for a show of dominance from Talleres after the break.

Sao Paulo has a huge uphill battle ahead if it wants to stay alive in the tournament.

Lonely on Valentine’s day? Fret not! Nacional is set to face Deportivo la Guaira in a second leg battle that will seal the last spot into third round of qualifiers.

The only noteworthy moment from the first leg was a beautiful goal from Nacional’s Sebastian Gomez.

Nacional was the stronger side in the first match and with an away goal and home field advantage in the return match, Deportivo La Guaira will need to up the ante in Colombia to survive the second-round qualifiers. 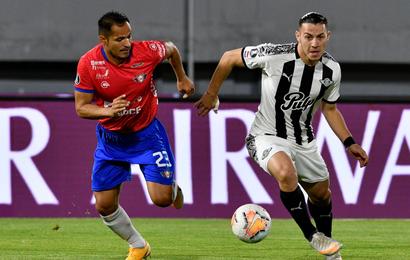 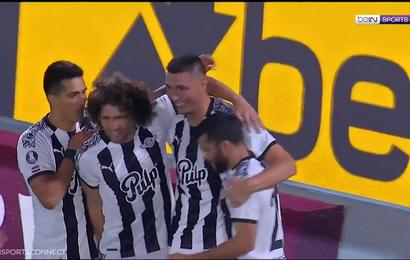 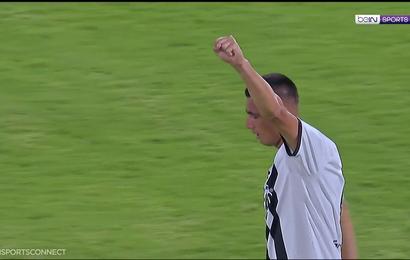 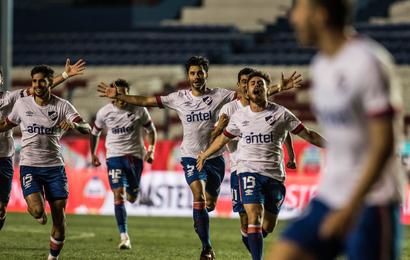 Nacional Of Uruguay Advance To Quarterfinals

Danilo Makes It 5-0 To Palmeiras