Argentina head coach Lionel Scaloni says he used Lionel Messi off the bench for 15 minutes in Friday's 1-0 win in Uruguay with an eye to Tuesday's World Cup qualifier against Brazil.

Messi had missed the past two games at club level for Paris Saint-Germain with knee and hamstring issues but was used as a 76th-minute substitute against Uruguay.

Scaloni had said in the lead-up to the game that Messi was "good" and "wants to play" but explained afterwards he used him for limited minutes with a view to getting him ready to face Brazil, who are top of the CONMEBOL World Cup qualifying standings.

"His entry in the second half serves to get the rhythm ahead of the game with Brazil," Scaloni said during the news conference, when asked about Messi's cameo.

"We decided not to play him in the starting line-up because he's coming off some inactivity and the game was going to be like the one that happened."

The win was Argentina's first in Uruguay in 12 years, extending their unbeaten run to 26 games and was a "giant step" towards World Cup qualification according to Scaloni.

Scaloni said Argentina had won "without playing well" against Uruguay, who he claimed forced the game to be played on their terms.

"There are times when you can't play well because your opponent plays and proposes a type of game, and you have to adapt," he said.

"We adapted to the match that took place. That is a good sign as a team."

Argentina are second in qualifying on 28 points from 12 games, behind Brazil on 34 points from the same number of games. La Albiceleste hold a 12-point buffer on fifth-placed Colombia in the play-offs spot in fifth. 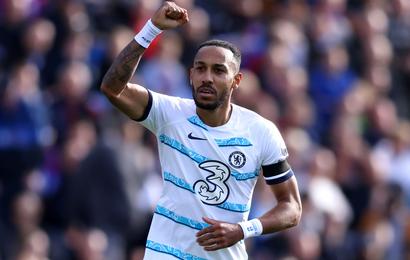