The relationship between Sergio Aguero and Lionel Messi was a highlight of Argentina's 1-0 victory over Russia for coach Jorge Sampaoli.

Aguero made his first Argentina start since Sampaoli replaced Edgardo Bauza and took full advantage by ending an international barren run that stretched back to June 2016.

Messi, who played in behind Aguero, released debutant Cristian Pavon and the Boca Juniors forward's cross was converted at the second time of asking by the Manchester City striker.

"This is what we are looking for," Sampaoli told a post-match news conference at the Luzhniki Stadium, newly refurbished ahead of next year's World Cup.

Has to be said, Sergio Aguero playing great. Fantastic on the ball and off the ball movement from the #MCFC player. Sharp shots and involved in the play up front. Possibly the best version of his since 2015 or even 2011. Maybe even ever with Argentina.

"There was more vertical play with [Alejandro] 'Papu' Gomez next to [Angel] Di Maria, interesting movements between Aguero and Messi, many movements on the wings."

Aguero joined Hernan Crespo in third on the list of Argentina's all-time highest goalscorers with his effort, and Sampaoli was impressed with what he saw.

"He read and understood the match very well in a few places," said the former Sevilla boss.

"He had a couple of shots in the first half and another three in the second, one of which was a goal."

Argentina struggled to break down a Russia side that pressed high and allowed them to control possession, but the coach took some positives ahead of Tuesday's clash with Nigeria in Krasnodar – a match they will play without Messi.

"There were several aspects to highlight. We passed well on the opponent's pitch, the opponent had practically no chances to score," he added.

"We miss the chances we had, but we dominated.

"It is a step forward. We trust in the formation and in the attitude against a compact opponent.

"We have to continue on this path."

Next Tevez Urges Messi Not to Retire From Argentina Tea
Read 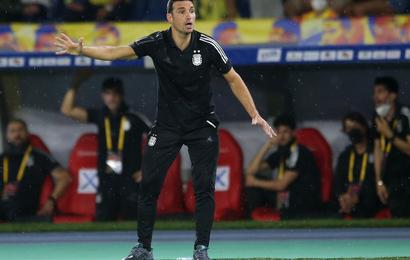 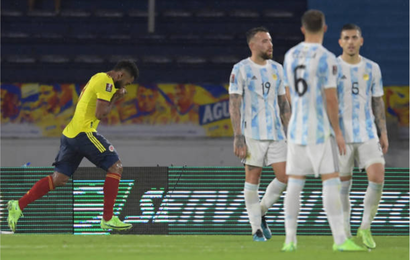 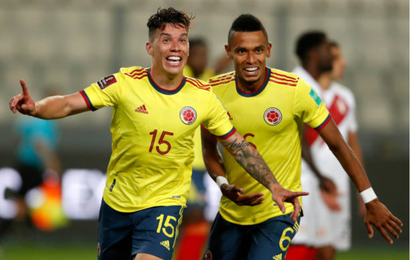 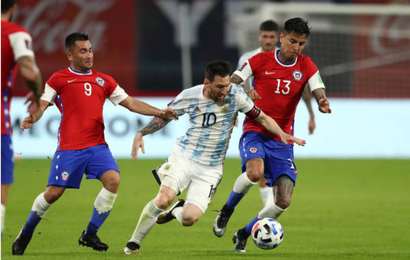