Enner Valencia inspired Tigres UANL in the CONCACAF Champions League, while Toronto crashed out in the last 16 on Tuesday.

Valencia scored a hat-trick as Tigres UANL thrashed Deportivo Saprissa 5-1 at home to secure a 5-2 aggregate success and move into the quarter-finals.

The former West Ham and Everton forward had the hosts on track quickly, as they took a 4-0 lead in the second leg inside 38 minutes.

Holding a narrow lead in the tie, the visitors made the worst possible start, confusion in defence leading to an Aubrey David own goal in the 15th minute.

Valencia placed in a penalty to put Tigres ahead in the tie before putting away a cross from Jesus Duenas in the 27th minute.

Eduardo Vargas stretched the Mexican outfit's lead 10 minutes later, finishing expertly into the bottom corner from inside the area.

While Mariano Torres pulled a goal back for Saprissa on the stroke of half-time, Valencia completed his hat-trick just after the hour-mark to seal Tigres' win.

In the last eight, Tigres UANL will face Houston Dynamo, who had Mauro Manotas net a double in a 2-1 win over Guastatoya that sealed a 3-1 aggregate victory.

Take a look back the action of tonight’s exciting match between @HoustonDynamo and @CD_Guastatoya which finished 2-1! #SCCL2019 #HOUvCDG pic.twitter.com/PJUwBrFxlh

Toronto bowed out after a 1-1 draw at home to Independiente saw them suffer a 5-1 aggregate loss.

Jordan Hamilton's 19th-minute goal gave the MLS side hope of a huge comeback, but the Panamanian visitors held firm and ended the tie with Omar Browne's second-half effort. 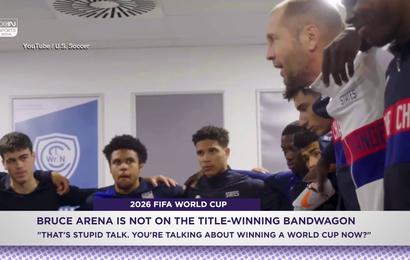 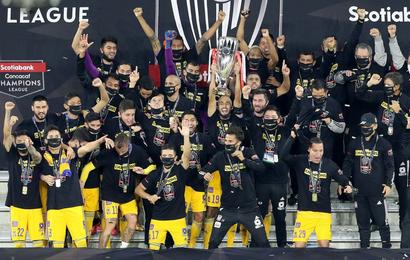