The United States edged into the CONCACAF Gold Cup semi-finals with a 1-0 win over Curacao in Philadelphia on Sunday.

The defending champions were comfortable for long periods, with McKennie getting on the end of a Christian Pulisic cross for the game's only goal.

The result saw USA reach the semi-finals of the tournament for the 10th straight time.

The attacker fired wide after a driving run before then being denied by Curacao goalkeeper Eloy Room, who made a superb save to tip over a Pulisic effort from close range after Paul Arriola's cross from the left.

Curacao managed to settle after the early scares, but USA found a deserved opener through McKennie's second international goal.

Pulisic cut in from the left before clipping a cross to the back post, where McKennie headed in.

The two 20-year-olds connect to put USA on 🔝 #GoldCup2019 pic.twitter.com/cBWrhDZtT5

While USA appeared to be in control, Curacao threatened at different times, with defender Darryl Lachman heading a corner over three minutes before half-time.

USA made a slow start to the second half before Pulisic almost doubled their lead, shooting just wide from the edge of the area.

However, Curacao looked the more dangerous of the two teams throughout the second half, while Gyasi Zardes blazed over the crossbar for USA in the 79th minute.

Curacao continued to enjoy periods in possession late on, with Leandro Bacuna almost scoring a stunning equaliser in the 84th minute, his 25-yard effort wonderfully saved by Zack Steffen.

ZACK STEFFEN! What a save!

Leandro Bacuna has Curacao's best chance of the game and forces a huge stop from the reigning USMNT Player of the Year. #GoldCup2019 pic.twitter.com/beJR8HDkxH

What does it mean? Repeat of 2017 decider set

Jamaica have been runners-up at the past two editions of the CONCACAF Gold Cup and shape as a threat to USA in the last four. Jordan Morris scored a late winner in the 2017 final between the nations.

The Chelsea attacker was bright from the outset in his home state of Pennsylvania. Pulisic set up McKennie's goal and was a constant threat for USA, going close on numerous occasions.

USA continue to stand up defensively

USA's defensive work could be what makes them CONCACAF Gold Cup favourites, given Mexico's struggles in the past two games. USA are yet to concede in four games at the tournament while scoring 12 times.

USA will face Jamaica in a semi-final in Nashville on Wednesday, while Curacao can look forward to the CONCACAF Nations League starting in September.

The #GoldCup2019 semifinals are SET!

Next Captain Christian Pulisic Can Lead USMNT Through P
Read 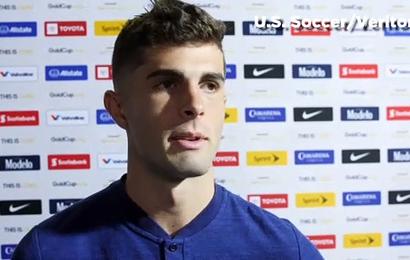 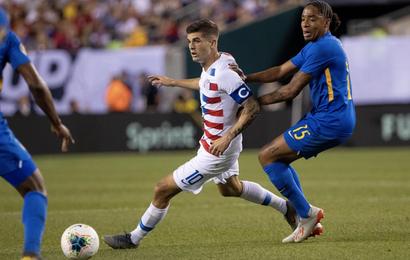