The New York Yankees have confirmed the signing of reigning National League MVP Giancarlo Stanton from the Miami Marlins.

The Yankees announced on Monday that they had acquired Stanton and cash considerations from the Marlins for infielder Starlin Castro, right-hander Jorge Guzman and infielder Jose Devers.

Despite hitting 59 home runs last season, Stanton was put on the market almost immediately after the campaign. With new owners in place, the Marlins felt the 10 years and $295million left on Stanton's contract was too much of a risk.

Giancarlo Stanton discusses how he'll fit into the @Yankees lineup alongside Gary Sanchez, Aaron Judge & company: "I feel sorry for the baseballs." pic.twitter.com/lQkw8QWFPx

The Cardinals and Giants appeared to be leading the race when both teams had deals in place with the Marlins, but Stanton informed St Louis and San Francisco on Friday that he would not waive his no-trade clause for them.

Stanton won his first MVP award this season after hitting .281 with 59 home runs and 132 RBIs. Injuries have plagued his career, though, which is why some teams shied away from his services.

There’s a new Animal in the Concrete Jungle!

The 28-year-old becomes only the second reigning MVP to be traded prior to the start of the following season. The other was Alex Rodriguez, acquired by New York from the Texas Rangers just before the 2004 season. 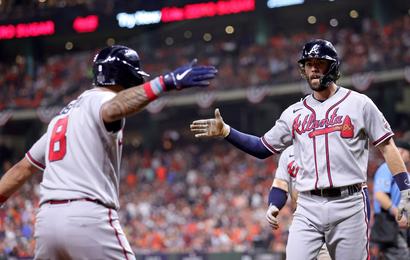