Marco Ilaimaharitra's superb free-kick gave Madagascar their first Africa Cup of Nations win as they took a huge step towards the last 16 with a 1-0 triumph over Burundi.

The victory was just reward for Nicolas Dupuis' tournament debutants, who had produced a similarly exciting attacking display in their opening 2-2 draw with Guinea.

Another stalemate looked to be on the cards after a frustrating first half of near misses, but Ilaimaharitra stepped up to produce a memorable winner 14 minutes from time.

Madagascar moved on to four points in Group B to all but book their place in the knockout stages, while Burundi's slim hopes of reaching the last 16 now depend on defeating Guinea and finishing as one of the top-ranked third-placed sides.

Burundi goalkeeper Jonathan Nahimana was heavily involved in an entertaining first half, first nervously palming Andria's free-kick over the crossbar and then parrying a right-wing cross straight to the same man.

Nahimana responded well with a smart save on the second occasion, but he soon spilled another centre at the feet of Ima Andriatsima and watched the ball creep agonisingly wide.

Gael Duhayindavyi crucially cleared Andria's goal-bound header in the 44th minute and Burundi somehow got to the break level.

Chances were harder to come by after the restart and Fiston Abdul Razak almost snatched the opener for Burundi with a stooping header that looped just past the right post.

Gael Bigirimana's free-kick was expertly saved by Adrien Melvin at full stretch, but a 20-yard set-piece at the other end settled the contest as Ilaimaharitra drilled into the top-left corner. 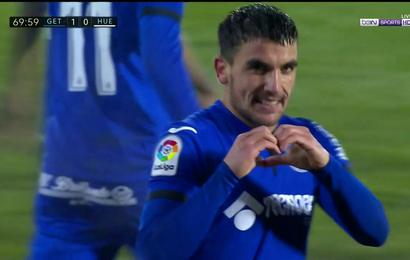