Roma legend Francesco Totti sat down with beIN SPORTS presenter  Hisham Al Khalsi to reflect on his career and the state of Serie A in a special feature-length show titled  Francesco Totti, the King of Rome. You can watch the whole show above.

Perhaps most interesting from the World Cup winner was his thoughts on Juventus and their dominance in Serie A. The Turin based side are on the cusp of an eighth consecutive domestic title, and missed the opportunity to lift the Scudetto with six games to spare after a shock 2-1 defeat to SPAL earlier today.

Totti admitted that it will be difficult to stop Juventus next season as the side is structured for success on and off the pitch.

“Unfortunately is the truth , I hope this can be stopped from next season , it will be very difficult cause Juventus is structured like club and team to win, so we must take it as an example in some moments of the season cause when a team always win means that is competitive in every respect, they have more economic power , they have their own stadium."

Juventus are also set to play Ajax in the Champions League, and Totti admits that the signing of Cristiano Ronaldo has made Juve even stronger.

“Now they bought Ronaldo that is the top of the top players and the main goal for them is to win the Champions League.” 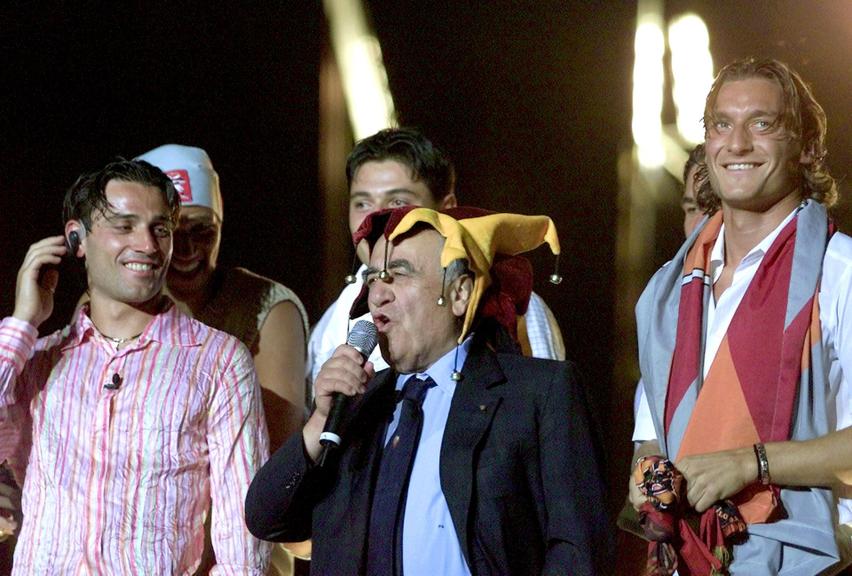 Roma, who last lifted the Scudetto during the 2000-01 season is currently in the mix for Champions League football need to close the gap on their rivals. Totti suggested that Italian sides need to develop both on the pitch and in a business sense to compete with Bianconeri. Following the examples of other teams across the continent who are structured to win.

“If you see in Spain for example, Real Madrid and Barcelona are two teams always structured to win , In England, Manchester City Manchester United Chelsea and now Liverpool are always the same teams to compete to win the league, In Scotland Celtic and Rangers , Bayern Munich in Bundesliga with Dortmund so we can say there are two maximum three teams for each league that are above average.”

Roma is currently in the process of building a new 52,000 seater stadium which will see them compete financially with their league rivals, and Totti believes that it’s only a matter of time before his side will close the gap and start fighting with Juve for the title on a more consistent basis.

“Unfortunately in Italy no one is at the same level of Juventus and I hope this gap can be recovered as soon as possible even cause they become annoying from the beginning of the season anyone says Juventus will win again who will be second third or fourth? This is our league at the moment but I hope the future will bring some changes.”

You can hear more from Totti, including a definitive look back at his career with the Giallorossi in the video above.