Roma will be looking to chase down cross-town rivals Lazio on Sunday evening, in what promises to be a frenetic Rome derby. Paulo Fonseca’s side has only lost twice in eleven games in all competitions but will be concerned at back to back league defeats on home soil to Torino and Juventus.

The contest against the current league leaders Juventus was keenly fought and Roma came close to levelling the tie in the second half before Juve held on to seal all three points. Since then back to back away wins against Palma in the cup, and Genoa in the league has seen the Giallorossi return to form just in time for their clash with Lazio.

In team news, Fonseca will be boosted by the return of Edin Dzeko from suspension, whilst Diego Perotti could return to first-team contention. The midfield trio of  Nicolò Zaniolo, Javier Pastore and Henrikh Mkhitaryan all remain long-term injury absentees. 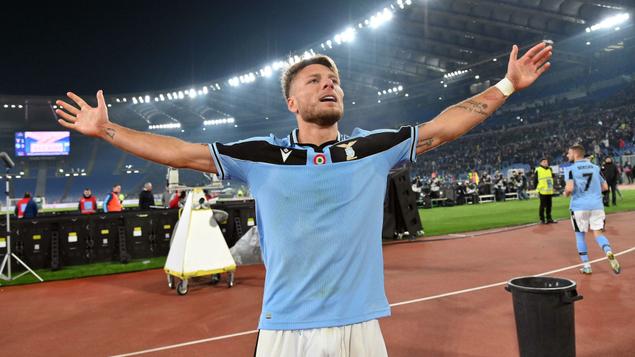 Lazio is arguably one of the form sides in Europe and are currently on a run of eleven straight victories in Serie A. Simone Inzaghi has transformed the fortunes of the blue side of Rome and now are six points off top spot and are considered dark horses for the Serie A title.

Last time out in the league, Lazio thrashed relegation-threatened Sampdoria 5-1 at home. Ciro Immobile hit a hat-trick to take his tally to 23 goals in just seventeen starts this season. The Italian attacker leads the way in the scoring charts, even ahead of Juventus striker Cristiano Ronaldo. Immobile's goals have been central to the Biancocelesti’s march up the table and fans would love a victory on Sunday to confirm their dominance over their bitter rivals.

In team news, midfielder Luis Alberto is a doubt with a muscle strain, whilst Tiago Casasola is suspended for the contest.

It promises to be a fascinating encounter as Roma and Lazio battle it out in the Rome derby. Follow all the action on beIN CONNECT.