Milan boss Mihajlovic extended the challenge to Inter counterpart Mancini ahead of the first derby of the season in what will be former Inter midfielder Mihajlovic's first taste of the clash with the red and black side of Milan.

Mihajlovic - former assistant to Mancini at Inter - made the proposal in an open letter to La Gazzetta dello Sport, as he suggested that "ahead of every derby, we will choose an association in need or group in difficulty that needs help and make a donation, and whoever wins the derby... will pay".

Yugoslavia-born Mihajlovic added: "After a victory, the level of generosity will be even greater than usual. And should we draw, we won't split it, but we will double the amount."

And speaking later on Friday, Mancini told Gazzetta: "I accept, and it will be me who pays!"

Next Milan stole Balotelli from me - Inter boss Mancini
Read 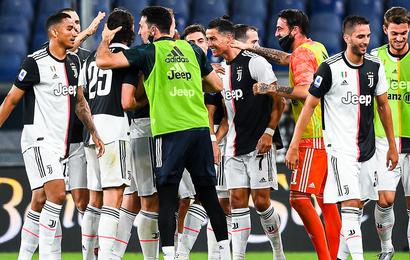