Ipswich Town stayed top of the Championship with a 2-1 victory at Preston North End in which both of their recruits from Bournemouth found the net.

Brett Pitman and Ryan Fraser were both part of the Cherries side that won promotion to the Premier League last term but now find themselves aiming to guide Ipswich to the same feat this time around.

Pitman - signed on a permanent deal in June - opened the scoring with a headed effort in the 24th minute, before Daniel Johnson made it 1-1 at the break.

However, on-loan Fraser clinched the win by curling home a superb 25-yard effort to leave Ipswich ahead of Brighton and Hove Albion - 1-0 victors over Blackburn Rovers - on goal difference.

A Marco Matias wondergoal was not enough to earn Sheffield Wednesday a win in a 1-1 draw with Leeds United, while Johann Berg Gudmundsson struck deep into second-half stoppage time to earn a 2-1 win for Charlton Athletic against Hull City.

A remarkable eight clubs remain winless after four fixtures, with Rotherham United bottom of the pile following a 4-2 defeat to QPR, and Bolton Wanderers having moved a point clear of the New York Stadium outfit with a 1-1 draw against Nottingham Forest.

Elsewhere, Burnley beat Brentford 1-0, Fulham drew 1-1 with Huddersfield Town and Reading were held to a goalless draw by MK Dons, while Middlesbrough suffered their first defeat of the season at home to Bristol City.

In the day's late kick-off, Cardiff City picked up their maiden win of the campaign, beating Wolves 2-0.

In League One, Gillingham defeated Wigan Athletic 2-0 to go top, with Coventry City slipping from the summit thanks to a 2-1 defeat at Walsall, who go second.

Blackpool remain rooted to the bottom following a 2-0 defeat at Sheffield United, while Fleetwood Town were 4-0 winners against Colchester United.

Among the highlights of Saturday's action in League Two were battling comebacks from Yeovil Town and Portsmouth.

Yeovil were 2-0 down at home to Luton Town and came back to win 3-2 for their first victory of the season, while Portsmouth were three down in their 3-3 draw with Morecambe, seeing Enda Stevens sent off before their last-minute equaliser.

Leyton Orient stay top after maintaining their 100 per cent record with a 3-2 win at Newport County.

Next Burnley brings in Barton
Read 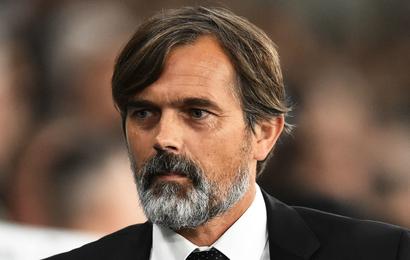