It may still have its critics but the controversial topic of whether or not it is safe for football to resume in Germany appears to have been temporarily answered. Yes, it’s safe, for now.

This is in spite of the fact that at the time of writing, Bundesliga 2 outfit Dynamo Dresden have been placed in quarantine for two weeks for having three positive Covid-19 tests, a situation in which Bundesliga CEO Christian Siefert insisted ‘We are not changing our plans.’

Said plan is to kick off this weekend, with the Revierderby between Dortmund and Schalke the pick of the bunch. However, whether we’ll hear the White Stripe’s ‘One Nation Army’ bellowed when the teams come onto the field is debatable, but a certainty is that Dortmund’s 12th man, ‘the Yellow Wall’ will be absent.

With players, staff, journalists, TV crews and stewards making up the 250-300 people who will undergo testing before being allowed into the stadium – the 156th Revierderby and one of the most fervent clashes in Germany will be played in conditions like no other.

With both sides out of action domestically since the 7th March, questions of fitness will no doubt expose themselves. Nevertheless, Dortmund will hope to find some of the form they had before crashing out of the Champions League to PSG.

Currently sitting in second place and 4 points behind leaders Bayern, Dortmund still possess one of the most attacking line-ups in the competition; with English starlet Jadon Sancho, Marco Reus and Thorgan Hazard complementing the Norwegian goal machine that is Erling Braut-Haaland – there should be no issues in front of goal.

It’s the defence that can sometimes be the issue. Dortmund will not want a repeat of last season’s fixture, when the 2-4 home loss all but ended their title charge – handing the initiative over to Bayern Munich. Whilst the circumstances are slightly different this year, Dortmund sit in second place, 4 points off the Bavarians and 1 point ahead of RB Leipzig. A win will not only keep their noisy neighbours from consolidating Europa League places, but it will make the Bundesliga leaders peer over their shoulder.

In team news, Dortmund look set to be without Marco Reus who is still struggling from a thigh complaint – whilst Axel Witsel and Emre Can both picked up niggling injuries when returning to training. 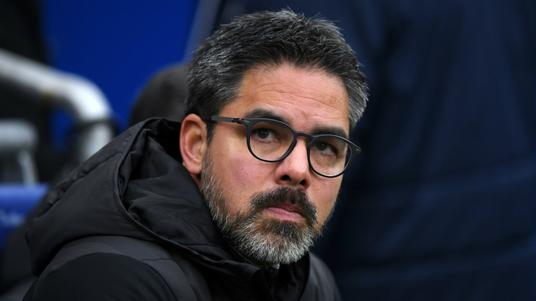 David Wagner’s side’s form before the break was nothing short of poor. Having not won since the 17th January, and having suffered two losses and three draws in their last 5 games, Schalke will hope to reignite some passion ahead of the derby clash with their rivals. They’ve done it recently – not just last in the 2-4 last season but back in 2017, Schalke managed to overturn a 4-0 deficit to draw the game with Dortmund 4-4.

Fans of the Premier League will be encouraged to see right back, Jonjoe Kenny of Everton plying his trade on loan at Schalke. Following in the footsteps of recent young English players to gain experience in the Bundesliga, the young Liverpudlian is currently impressing in Wagner’s side – Kenny hopes the form allows him to return to boyhood club and find a place in Carlo Ancelotti’s plans.

Having never lost a Merseyside of Revierderby in his career so far, when speaking on Saturday’s game - Kenny acknowledges the supporter shaped hole there’ll be but insists “there are much more important things going on”.

Kenny is undoubtedly correct in his evaluation of the current situation. Whilst the cautious return of football and with it, the Revierderby is encouraging – people’s safety is still paramount.