Facing a daunting 3-0 deficit, Origi made light of Mohamed Salah and Roberto Firmino's absence from the Liverpool forward line by poaching a seventh-minute opener.

Jurgen Klopp's side kept the contest at a pace frenetic enough that Barcelona were rarely allowed to settle and Wijnaldum's quickfire brace before the hour had the locals in raptures.

It was a night for unlikely heroes and Trent Alexander-Arnold's quickly taken corner allowed Origi to smash high into the net 11 minutes from time – inflicting a humbling upon LaLiga champions Barca and the great Lionel Messi even more punishing than their surrender at Roma in last season's quarter-final. 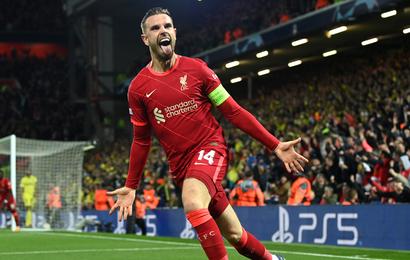